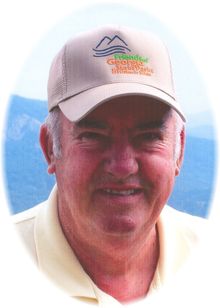 George Kress, age 68 of Winder, GA died unexpectedly on Sunday, May 9, 2010 at his home in Winder, with his wife, Linda by his side.
George was born on April 17, 1942 in Columbus, Indiana to John and Margaret Kress. After high school, he served his country in the U.S. Air Force. He returned to civilian life and began doing construction work. He worked on both residential and commercial properties. He also worked as an industrial engineer for a time. On February 8, 1990 George was married to Linda (Boogaard) Kallstrom in Colorado Springs, CO. They moved to the Osakis area in 1990. In 2004 they sold their home and bought a RV and for a couple of years they traveled, volunteered and lived throughout the State Park system in Georgia. They also operated a food wagon for a time, traveling the southern states and making many friends along the way.
George loved to travel. He made friends easily and enjoyed people. He was happiest out enjoying nature and the beauty of God's creation. When they purchased their home in Winder, he built birdhouses to attract a variety of species. Gardening and landscaping were other hobbies he enjoyed, in fact he was out working in his yard the day God called him home. Music was another enjoyment and in addition to listening to traditional country, he also liked to play his guitar and write poetry. George was a kind, generous and caring man who will be dearly missed by his family and many friends. Blessed by his memory.
George is survived by his wife, Linda Kress of Winder, GA; children, Jeanette (Greg) Germany of Van, TX, Linda Kress of Lindale, Dennis (Laura) Kress of Bullard, TX and Bob (Jen) Kallstrom of Osakis; 8 grandchildren; brothers, Bernie (Marlene) Kress of The Villages, FL and Joe Kress of Surprise, AZ; sisters, Dorothea Wiegman of Flint, TX, Mere Kress of Studio City, CA, Margie Doll of Hudson, FL and Anita Kress of Tyler, TX; many nieces, nephews, cousins and friends.
He is preceded in death by his parents, a son, Ken Kallstrom and a brother, Bob Kress.
Memorial services were held in Osakis for George on Saturday, May 22, 2010 at 1:00 pm at the Ed Pollard Community Center in Osakis. Military honors were provided by the Osakis VFW Post# 7902.

To order memorial trees or send flowers to the family in memory of George Kress, please visit our flower store.