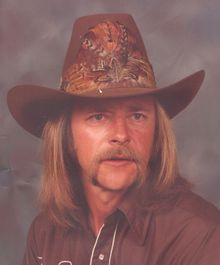 Gerald 'Butz' Elsner, age 68 of Carlos, passed away on Monday, Nov. 7 at the Community Memorial Home in Osakis, MN.
Gerald Elmer Elsner was born on September 4, 1943 in Alexandria, MN to Elmer and Annie (Levens-Collins) Elsner. He grew up in Belle River Township and graduated from Osakis High School with the class of 1961. Even before his graduation, Gerald, or "Butz" as he was called, worked with his family doing well-drilling. From 1958 to 1978 the business was called Elsner and Sons Well Drilling and from 1978 to 2004, Butz operated the business as Gerald Elsner Well Drilling Company until 2004. He was a member of the St. Nicholas Catholic Church in Belle River and was also a life-long member of the MN Water Well Association.
Butz loved to be outdoors, especially when the sun was shining. He loved to hunt and fish, and always took pleasure being out in nature with all of its beauty. Butz enjoyed socializing with his friends and also liked to play cribbage. He also enjoyed his trips down to Mexico. Butz had a fantastic memory and never forgot family birthdays or the exact years that they were born. Remarkably, he was also able to remember every well that he dug, where the location was and how deep it was drilled. His favorite pet was his cat named Queenie. He was a kind and caring man who will be dearly missed by his family and many friends.
Butz is survived by his son, Gerald Tischer of Ontario, Canada; siblings, John Elsner of Alexandria, Sandra Winter of Osakis, Shirley (Tom) Rice of Osakis; many nieces and nephews.
He is preceded in death by his parents, Elmer and Annie Elsner.
Funeral services were held on Thursday, Nov. 10, 2011 at 11:00 am at the St. Nicholas Catholic Church in Belle River with Father Dave Petron officiating. Burial was at the St. Nicholas Cemetery next to his parents. Valerie Vanderharr was an honorary pallbearer and the active bearers were Russell Anderson, Dennis Traulich, Kelly Elsner, Tony, Matt and David Winter.

To order memorial trees or send flowers to the family in memory of Gerald Elsner, please visit our flower store.