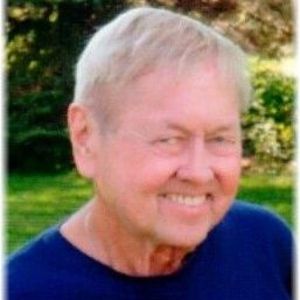 Gerald 'Gerry' Thornbloom, age 69 of Sauk Centre passed away on Friday afternoon at the St. Cloud Hospital in St. Cloud, MN. Memorial services will be Friday, Sept. 16 at 11:00 am at Sauk Valley Lutheran Church in rural Osakis with a gathering time beginning at 10:00 am at the church.
On September 26, 1946 a son was born to Gerald I. and Valborg (Brakken) Thornbloom in Long Prairie, MN. He was named Gerald after his father and was the second oldest of five children born to this union. He attended high school in Osakis, MN and graduated with the Class of 1964. Gerry enlisted in the U. S. Navy and served on the Navy Carrier, USS Ranger. He was honorably discharged in 1967 and returned home to Minnesota. He married his sweetheart, Cheryl Johnson the next year on March 30, 1968 at the Sauk Valley Lutheran Church in rural Osakis, MN. They raised two daughters, Brenda and Jodi. Gerry was hired by the Kraft Corp. first in Melrose and later at the Albany plant, where he worked as a supervisor for many years. He retired in 2003. For several years he had worked in the maintenance department at Felling Trailers in Sauk Centre, MN.
Gerry was a member of the Little Sauk Legion in Little Sauk, MN.
In addition to his favorite past time of fishing, which included both summer and winter ice fishing, Gerry also loved to go camping and spend time outdoors. He was a 'gadget' guy who was always tinkering on various projects in his garage with his dog, Mongo always by his side. His garage was a favorite meeting place for Gerry and his buddies to visit and socialize. He was also a kind and loving grandpa who enjoyed time with his grandkids.
Left to mourn his passing is his wife of 47 years, Cheryl Thornbloom of Sauk Centre; daughters, Brenda (Paul Notch) Moritz of St. Augusta and Jodi (Peter) Schmitt of St. Martin; 6 grandkids, Tyler Thornbloom, Brandon Moritz, Morgan, Kendall, Bobbi jo and Joseph Schmitt; siblings, Rod (Maren) Thornbloom of Sauk Centre, John Thornbloom of Stanchfield, MN, Rick 'Radar' (Judy) Thornbloom of Osakis, Sue (Bob) Volkman of Long Prairie; many nieces and nephews, cousins and friends.
He is preceded in death by his parents, sisters-in-law, Geraldine and Linda Thornbloom.
A Celebration of Life Memorial service will be held on Friday, Sept. 16 at 11:00 am at the Sauk Valley Lutheran Church. Musicians are organist, Ione Johnson and soloist, Lori Quistorff. A luncheon will follow in the church fellowship hall. A gathering time will begin at the church at 10:00 am that morning. Honorary urn bearers are all of his grandchildren.

To order memorial trees or send flowers to the family in memory of Gerald Thornbloom, please visit our flower store.