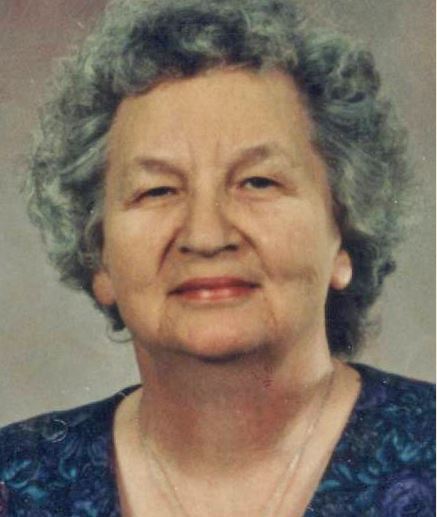 Gladys Coykendall Sliper, age 99, was the daughter of Mike and Mable Coykendall. She was born at home at 1115 8th Avenue East in Alexandria, MN. on November 8, 1921. Gladys was the oldest of four siblings - brothers Glen, Wayne and sister, Maxine.

Gladys attended school in Alexandria and graduated with the class of 1939. Gladys loved school and was active in many school and church organizations. A science award led to a scholarship at Hamline University. Later, Gladys transferred to the University of Minnesota School of Nursing and Minneapolis General Hospital.

After graduating with a bachelor degree in science and a fifth year nursing degree in public health, Gladys accepted a position with Minneapolis General Hospital as charge nurse.

Gladys and Bill Sliper were married in November 1944 . When Bill was sent overseas Gladys moved back to Minneapolis where she became a mother.

When Bill was discharged, they returned to Minnesota and settled in Osakis. Gladys became the Douglas County Health nurse. She enjoyed the opportunity to serve county residents with a variety of projects, but regretted the time away from her daughters. Becoming the Osakis public school nurse seemed a good solution.

After her children graduated, Gladys went back to college to refresh her nursing skills before caring for residents of the Community Memorial Home in Osakis. Gladys is survived by a brother, (Wayne) daughters, Carol (Ron Hirabayashi) and Gail (Mike Fairchild), four grandchildren, four great-grandchildren, nephews, nieces, and the co-workers she mentored and valued.  She is preceded in death by her parents, her husband, Bill, a daughter, Janice Sliper; a brother, Glen Coykendall and a sister, Maxine Williams.

A memorial service will be held on Saturday, July 17, 2021 at 1:30 pm at the First Presbyterian Church in Osakis with Rev. Lois Burkart officiating.  A luncheon in the fellowship hall will follow the service.

To order memorial trees or send flowers to the family in memory of Gladys Sliper, please visit our flower store.