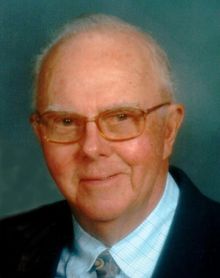 Gordon 'Gordy' Larry Benson of Osakis, MN, born and raised in Alexandria, MN, and formerly of North Minneapolis, MN, in his 90th year passed away unexpectedly but peacefully, in Mission, TX, on February 26, 2015 after a brief illness. He grew up during the Great Depression and learned to work hard even as a young boy of six when he took several mowing jobs. He graduated from Central High School in Minneapolis as an Honor Student. Gordy attended St. Paul Technical College and became a Class A watchmaker. He married the love of his life, Rose Mary Ebnet and they made their home in Minneapolis. Gordon and Rose Mary owned and operated Thurston Jewelry & Optical Co. on Lyndale and Lake St., until their retirement in 1983. Then they became winter Texans, where Gordy named the blades of grass on many of its golf courses, having known them all by name on the course in Osakis, when they moved to their retirement home in 1994. He enjoyed fishing and was also an accomplished pool player, competing on a league in Mission. He was a member of the Osakis Country Club and belonged to the Masons for 58 years. Gordon was a humble but quietly proud and generous man. His charm and wit will be greatly missed.
He is survived by his wife of 70-1/2 years, Rose Mary Benson of Osakis, sons, David (Mary) Benson of Maple Grove, MN and Mark Benson of Osakis, a daughter, Nancy Benson of Richfield; a grandson, Davin; brother-in-law, Vernon 'Chub' Ebnet of New Prague, MN; cousins, nieces, nephews and many friends.
He is preceded in death by his parents and a sister, Faye Curtin.
Funeral services will be held on Saturday, April 25, 2015 at 11:00 am at the Immaculate Conception Catholic Church in Osakis with Fr. David Petron officiating. Inurnment will be at the Lakeside Cemetery in Osakis, MN with honorary bearers being all of his golf course friends.

To order memorial trees or send flowers to the family in memory of Gordon Benson, please visit our flower store.