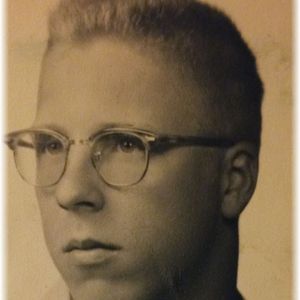 Gordon 'Gordy' Berthiaume, age 78 passed away on November 13, 2017 at the Fairview Southdale Hospital in Minneapolis, MN.
Gordon was born on January 12, 1939 in Minneapolis to John and Evelyn (Wamsley) Berthiaume and grew up in the Bloomington area. After marrying his beautiful wife, Edna they settled in Minneapolis and Gordy worked for thirty-four years for the United States Postal Service. After retirement in 1996, they moved to a home on Lake Osakis as Gordy was an avid fisherman. He belonged to the local Osakis Sportsman's Club and enjoyed spearheading fundraisers for them and participating in their activities. He often volunteered his time in the summer taking the Senior Citizens out on the Club's Let's Go Fishing Pontoon for fishing and cruising around Lake Osakis. He also worked part time at Deluxe Oil in Osakis and enjoyed visiting with the customers. Other hobbies included fishing, playing cribbage, working in his vegetable garden and going deer hunting in the fall. He loved the outdoors and trying new ventures, such as skydiving. He was a big sports fan and a funny and loving Grandpa to his grandchildren.
He is survived by his children, Gordy (Wanda) Berthiaume, Jr., of Prior Lake, Anna (Daniel) McNeally and Donna Sannan, all of Alexandria, Frances (Mike) Trujillo of Canon City, CO and Julia (Tom) Ford of Bloomington; 20 grandchildren and many great grandchildren; a brother, James (Sharon) Berthiaume of Bloomington; a sister, Marilyn (Larry) Tischleder of Ettrick, WI; many nieces and nephews.
Preceding him in death is his wife, Edna in 2006, his parents and three brothers, John, Wallace and Ronald Berthiaume.
A Celebration of Life will be held on Saturday, Nov. 18, 2017 at 11:00 am at the Roy-Hetland Funeral Home in Osakis, MN. A reception will follow at the Osakis VFW Post #7902. Interment will be held at a later time.

To order memorial trees or send flowers to the family in memory of Gordon Berthiaume, please visit our flower store.