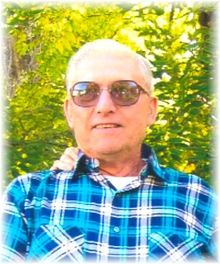 Life History for Harland Becker
Harland Becker, age 86 of Osakis passed away on Monday, March 31, 2014 at the Douglas County Hospital in Alexandria, MN.
On July 10, 1927 a son was born to Peter W. and Katherine C. (Schlosser) Becker, Jr. in Carlos, MN. They named him Harland Peter. He grew up near Belle River and as a young man joined the U.S. Navy and served his country during WWII. He achieved the rank of Seaman, 2nd Class and was honorably discharged on July 26, 1946. On April 26, 1949 Harland married Loretta Schluender at the Immaculate Conception church in Osakis, MN. They moved to South Dakota where Harland worked for 18 months with the Home State Gold Mine in Lead. They moved to a farm on the west side of Lake Osakis where they farmed and lived ever since. Harland did carpentry work for Clyde VanCleve and later, Clarence Drexler. In 1969 he was hired by the 3M Company in Alexandria and worked there for twenty years, retiring in 1989. Harland was a member of the Immaculate Conception parish in Osakis, MN.
One of Harland's greatest interests and past times was hunting. He enjoyed taking hunting trips with his wife, Loretta and had many trophies and stories to tell about their many hunts. He also like to go ice fishing and was a collector of Indian artifacts. Other past time he enjoyed were working on scrapbooks and traveling.
Harland is survived by his wife of almost 65 years, Loretta Becker of Osakis; 5 children, Richard Becker of Sartell, Harold (Deanna) Becker of Delano, Barbara Schieffer of Manhattan, KS, Gerald (Lynn) Becker of Oakdale and Michael (Renee) Becker of Garfield; 7 grandchildren; 3 great grandchildren; sisters, Kathleen Berg of Osakis, Gloria Therkilsen of Alexandria, June (Bob) Friedrich of Sauk Centre, Millie (Dick) Garside of Beaver Dam, WI, Mary Lou (Larry) Simpson of Alexandria; many nieces and nephews.
Preceding him in death are his parents.
A Mass of Resurrection will be held on Saturday, April 5, 2014 at 10:30 am at the Immaculate Conception Church in Osakis with Fr. Dave Petron officiating. The lector is Deacon Lawrence Kaas. Gift bearers are Addisyn and Hailey Becker and Austin Becker was a server. Interment is at the Calvary Cemetery in Osakis with pallbearers Chris, Shawn, David, Matt and Becker, Ronald Berg, Nate Haglund, John Becker and Kyle Schieffer. Honorary bearers are his sisters. Military honors are provided by the Osakis VFW Honor Guard.
Arrangements by the Roy-Hetland Funeral Home in Osakis, MN.

To order memorial trees or send flowers to the family in memory of Harland Becker, please visit our flower store.