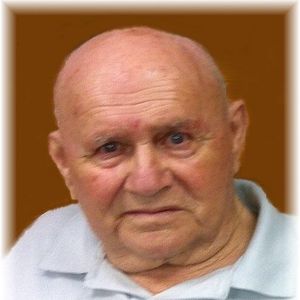 Life History for Harold Becher
Harold Becher, age 87 of Osakis, formerly of Minneapolis, entered his new life on Saturday morning, June 20, 2015 from the Community Memorial Home in Osakis, MN.
On May 16, 1928 a son was born to Otto and Alvina (Prosa) Becher in Minneapolis, MN. They named him Harold Dale Becher. He graduated from Roosevelt High School. He served his country honorably in the U. S. Army. After his return to civilian life, Harold began a lifelong career as a carpenter. He was involved in commercial building projects throughout the metropoliten area. He also became a machinist and worked on large machinery as well as doing construction work. After his retirement, Harold moved up to a home on Lake Osakis (near Battle Point) where he could continue to enjoy his life time passion of being on the water. While in Minneapolis, Harold earned his maritime certifications and spent many hours yachting on the rivers. At one time he even held the position as president of the St. Paul Yacht Club.
In addition to enjoying all types of boating, Harold befriended many of his Amish neighbors. He would offer to drive for them on their various errands. He also was an avid cribbage player.
Harold is survived by four children, numerous grandchildren, a brother, Otto (Donna) Becher, Jr., of Cold Spring, MN; special nephew and niece, Ronald (Leslie) Becher of Sauk Rapids, Linda (Mike) Gertken of Cold Spring; special great nieces and nephews, Angela, Alisha, Ashlyn, Nathan and Neil. He is preceded in death by his parents, a son, Scott Becher, a sister, LaVerne Daley and three brothers, George, Clifford and Jerald Becher.
Funeral services for Harold will be held on Monday, June 29 at 10:00 am at the Roy-Hetland Funeral Chapel in Osakis with Rev. Rich Fitzer officiating with a gathering time beginning at 9 am. Interment will follow at Fort Snelling National Cemetery in Minneapolis, MN.
Special thanks to the caring staff at Osakis Community Memorial Home.
Arrangements by the Roy-Hetland Funeral Home in Osakis, MN.

To order memorial trees or send flowers to the family in memory of Harold Becher, please visit our flower store.