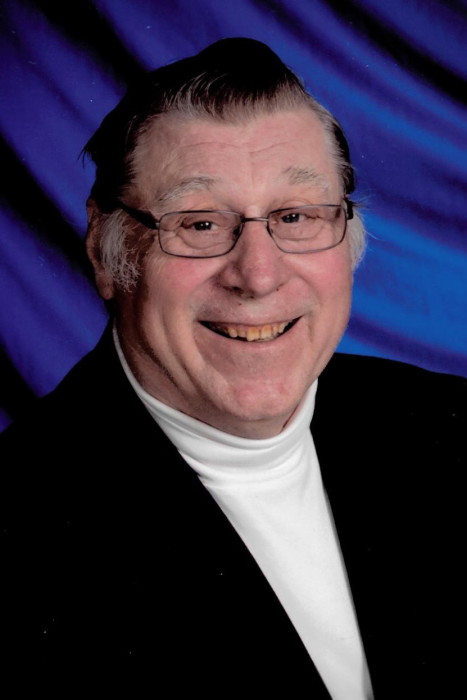 Howard Berg, age 74 of Osakis passed away unexpectedly on Tuesday, July 10, 2018 at the St. Cloud Hospital in St. Cloud, MN.  Funeral services are Saturday, July 14, 2018 at 2:00 pm at the Osakis Lutheran Church with Rev. Rich Fitzer officiating.  Burial at the Gordon Pleasant Hill Cemetery.  Visitation hours are from 5 – 7 pm on Friday evening at the Roy-Hetland Funeral Home and one hour before the service at the church.

A baby boy was born on April 20, 1944 to Alfred and Edith (McLaughin) Berg.  They named him Howard Eugene Berg and he was one of two boys born to this union.  He grew up and graduated from high school in Wyndemere, North Dakota in 1962.  He married his sweetheart, Barbara Drews on November 1, 1964 in St. Paul, MN.  They lived in St. Paul and then moved to Coon Rapids, where Howard worked for Hyman Freightways as a driver in the metro area for over thirty-two years.  He retired in 1997 and in 2003 the Berg’s moved to their retirement ranch near Lake Osakis.  He was a member of the Osakis Lutheran Church and served as a Trustee.  Howard was also a past member of the Teamsters Union and volunteered with the Employee Benevolent Club.

Because of his friendly demeanor, Howard made friends wherever he went.  He was a hard worker who enjoyed being outdoors, so he was especially happy when he could retire and be able to live in the country and do some farming and ranching. He took pleasure in being able to till the garden, pick the vegetables and care for the horses.  He was a farmer at heart and loved all kinds of animals.  He also enjoyed woodworking and reading Western novels.  When he wasn’t busy at home Howard liked to get out fishing and travel to visit family and friends.  Howard enjoyed coffee time and visiting at the local restaurant, imparting his daily words of wisdom.  He would enter a room with the line, “Hey kids, how ya doing?” and the conversation and laughter would follow from there.  He was a kind and generous husband, father and grandpa who will live on in the hearts of his family and many friends.

He is survived by his wife of 53 years, Barb Berg of Osakis; son and daughters-in-law, Steven (JoAnne) Berg of Vancouver, WA, Richard (Shevawn) Berg of Andover, MN and David (Cassandra) Berg of St. Paul; 10 grandchildren and 3 great grandchildren.  Howard is preceded in death by his parents and a brother, Clayton Berg.

To order memorial trees or send flowers to the family in memory of Howard Berg, please visit our flower store.