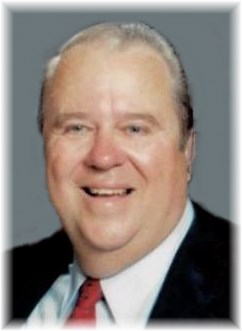 Jim was the only son born to Gilbert and Irma (Madison) Christianson.  He was born in Pomona, CA on May 7, 1939 and welcomed home by his parents and an older sister, Shirley.  Jim recalled that he had an idealistic youth, growing up in beautiful Pomona, enjoying many friendships and graduating from Pomona High School with the Class of 1957.  He and his buddies loved to drive and drag-race their favorite Muscle cars.  Jim's favorite was Pontiac GTO’s.  Upon graduation, Jim enlisted in the U S Army and served over seven years in the Army Reserves. He attended Mount San Antonio Community College to learn electronics, and was hired by General Dynamics for ten years to work in their Research and Development division.  It was during this time that Jim became interested in his life-long hobby of owning and operating ham radios.  He belonged to several ham radio clubs and enjoyed this hobby all of his life.  His knowledge of ham radios plus his collection of radios and parts was extensive.  Jim’s childhood love of trains only grew more intense after he switched jobs and was hired as a conductor working passenger train routes for Amtrak.  It was during this phase of his life that Jim started collecting and restoring full size Pullman railroad cars, a Dormitory baggage car, a sleeper, a lounge and a business car.  Jim also had a large collection of model railroads.  In 1973 Jim married an Amtrak hostess named Barbara Roy.  They were united in marriage on July 21 in Osakis, MN in a double wedding ceremony with her sister and fiance.  To their union three children were born, Laura, Susan and Scott.  After many years with Amtrak, Jim then worked for Southern Pacific Railroad on freight cars until his retirement in 2003.  Over his lifetime, Jim lived in southern and northern CA, Phoenix, AZ and Little Falls, MN. He was a faithful member of the Society of St. Pius and devoted himself to living life as a faithful Catholic.  Jim did everything in his life with determination and precision, always particular to every detail.  He was very social and loved to meet new people and make new friends.  Blessed be his memory.

Jim is survived by his children, Laura Bolon of Ludowici, GA, Susan (Aaron) Colombe of Little Falls, MN and Scott ( Roxane ) Christianson of Dunsmuir, CA and his 6 grandchildren,  Hailey & Ethan Bolon, Gavin, Grace, Lucy and Mira Colombe, Jayden & Josslyn Christianson.  He is preceded in death by his parents and his sister, Shirley Long-Holland.

A Requiem Mass will be held for Jim on Friday, January 22, 2021 at 10:00 am at St. John Vianney Catholic Church in Long Prairie, MN with Fr. Isaac Delmanowski officiating.  A gathering time and visitation will begin at 9:00 am at the church.  Burial will be at Calvary Cemetery in Little Falls, MN.

Condolences and memories may also be left for Jim on his Tribute page at www.royhetland.com.

To order memorial trees or send flowers to the family in memory of James Christianson, please visit our flower store.
Open