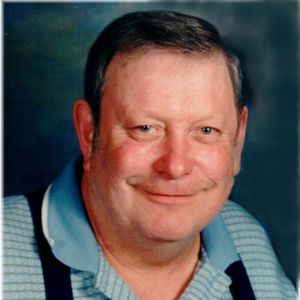 Life History for James 'Jim' Mattson
James 'Jim' Mattson, age 74 of Osakis former owner of Jim's Plumbing Service of Osakis, entered into his new life early Saturday morning, February 6, 2016 from the Galeon in Osakis, MN where he was a resident.
On November 16, 1941, a son was born to Ernest and Elizabeth (Kankaala) Mattson in Kettle River, MN. They named him James Ernest Mattson. He was a graduate of Barnum High School and went to work for the Donaldson's Dept. store in Minneapolis. He met and married his sweetheart, Elaine Puchalski on March 22, 1961 in Minneapolis. They moved to Glenwood, MN while Jim worked in the flooring business with his brother-in-law. After a time in Barrett and Alexandria, where he schooled to become a master plumber. He opened his own business named Jim's Plumbing Service in 1971 and was a master plumber who served in the Osakis area for over 40 years. He was a member of Osakis Lutheran Church and served on the council. Jim also belonged to A.A. and volunteered as a District speaker, someone willing to share his story of sobriety to those working on the same. He belonged to and was a former president of the Alexandria Eagles Club.
He was an avid high school sports fan, as well as cheering on the professional teams on television. His favorite were boxing and football. He was a deer hunter and never missed his early morning coffee sessions at AJ's with the guys. Jim was a country music fan who kept his mind sharp by playing solitaire, and reading daily devotions at his kitchen table and playing a game of Scrabble with his family. He will be dearly missed by his family.
Jim is survived by his wife of 54 years, Elaine Mattson of Osakis; children, Debbie (Phil Tullos) Strand of Krum, TX, Hugh (Mary) Mattson of St. Louis Park, MN, Sandy (Todd) Holtberg of Willmar, MN; 7 grandchildren; 3 great great grandchildren. He is preceded in death by his parents, sister, Delores Gulsvig and a brother, Jack Mattson.
Memorial services will be held for Jim on Friday, Feb. 12, 2016 at 11:00 am at Osakis Lutheran Church with Rev. Rich Fitzer officiating. Musicians are soloist, Brittany Hamann, Jim's granddaughter and organist, Pat Converse. Visitation begins one hour prior to the service at the church. Honorary bearers are his grandchildren, Jamie and Jason Strand, Ashley Urbanec, Brittany Hamann, Chaney Bitzan, Jacob and Rachel Mattson.

To order memorial trees or send flowers to the family in memory of James Mattson, please visit our flower store.