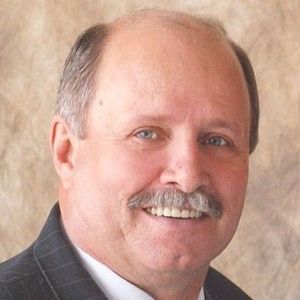 Life History for James Swor
James "Jim" Swor, age 63 of Carlos, MN passed away of a massive heart attack on Sunday, November 4 while hunting deer in rural Osakis, MN.
James Allen Swor was born to Ralph C. and Marjorie (Kallstrom) Swor on February 8, 1949 in Alexandria, MN. He graduated from Osakis High School with the Class of 1967 and then he attended Southwest State University in Marshall where he received a degree in history in 1972. During the summers, Jim worked for Alex Concrete and continued working there as a foreman until 1986. On February 6, 1971, Jim married his sweetheart, Wanda Anderson in Marshall, MN. He later began his own business called Jim Swor Construction which included a variety of building projects. In the mid 90's because of health reasons Jim was forced to change his career. For thirteen years Jim was a manager at Viking Foods/S.A.V.E. in Alexandria until the store closed in 2009. After the store closed he was given the best job a grandfather could have, caring for three of his eight grandchildren. Jim loved and followed Jesus. He was a member of New Testament Church in Alexandria, MN.
In addition to using his building talents professionally, Jim relentlessly served others. He gave of himself on many projects for his family, friends and the community. He was extremely loyal and loved making people smile. He continually put others first. He was skilled at wood-working, concrete projects and was an all-around handyman. He had a tremendous knowledge of life and loved to share it with others. Jim enjoyed the simplicity and complexity of what God had created. He enjoyed walking in the woods, playing with his grandkids, hunting and fishing and working outside. Jim was a faithful husband, father, son, brother and grandpa who will be dearly missed.
He is remembered by his wife, Wanda Swor of Carlos, MN; children, Venesha (Terrill) Schmidt of Elk River, Sarah (Randy) Roers of Alexandria, Jeremiah (Marie) Swor of Alexandria, and Calysta Swor of Minneapolis; 8 grandchildren; his mother, Marjorie Swor of Osakis; a sister, Suzzette "Sue" Sibell of Osakis; 3 nieces, 2 nephews, and many cousins and friends.
Preceding him in death is his father, Ralph Swor; two infant brothers and an infant sister.
Memorial services will be held for Jim on Thursday, November 8, 2012 at 2:00 pm at the New Testament Church in Alexandria, MN with Pastor Peter Reishus officiating. Musicians included the New Testament Worship Team and The Red Letter Band. Honorary pall bearers are Bruce and Glenda Forster, Brian and Helen Wagner, Jay Wagner, Leisl Einerson, Al and Kardy Ras, Bruce and Lee Loween, Bryan Withers, Les and Ellie Kuehl.
Arrangements are being handled by the Roy-Hetland Funeral Home in Osakis, MN.

To order memorial trees or send flowers to the family in memory of James Swor, please visit our flower store.