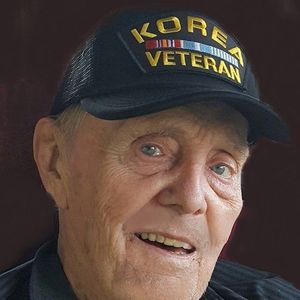 WEATHER RELATED CHANGE - PLEASE NOTE THAT THE SERVICE HAS BEEN MOVED TO SATURDAY INSTEAD OF FRIDAY
AND ALSO - People attending the service are encouraged to come wearing their favorite sports team apparel.

James Edward Walsh, 79 of Osakis, went home to heaven on Saturday, November 12, 2016. He left this earth surrounded by his children, with a deck of cards in his hand, including a perfect cribbage hand face up, and listening to the tune of "When Irish Eyes Are Smiling."

On May 12, 1937 James Edward Walsh was born to Edward and Inez (Osterberg) Walsh in Minneapolis, Minnesota. He grew up in Minneapolis, and was baptized and confirmed at Trinity Lutheran Church. He attended Monroe Elementary, Seward Junior High, and Minneapolis South High School. He excelled in athletics from an early age, and played on the South Tiger football, hockey, and baseball teams. Sports became a lifelong passion for Jim, particularly after losing his mother Inez, who was also an athlete at Minneapolis South, when he was only 12 years old. Another inspiration to play sports and be an educator was his uncle, Milt Osterberg, a hall-of-fame coach and teacher in Worthington, MN. He was well taken care of following the death of his mother by his family, including his grandparents and his aunt, Irene Roettger, who treated him as one of her own.

In December of 1954, while as a senior at Minneapolis South but with the G.I. Bill expiring soon, he made the decision to leave high school and join the army. He spent 31 months in Germany during the end of the Korean War, where he continued to play sports, including football and ping pong, along with his other military duties. This also allowed him to travel through Europe, seeing more than 30 countries. He returned from Germany in December, 1957. In May of 1958 he completed his GED and enrolled at Worthington Junior College, playing football, basketball, and baseball for the Blue Jays. While he excelled at all sports, football was his best, and his play was good enough to be named to the 1959 Junior College All America team. Many schools offered him opportunities to play, including the University of Minnesota among others, but he chose to accept a scholarship at the North Dakota Agricultural School, which was soon renamed as North Dakota State University. He played two years on the gridiron for the Bison as a center and middle linebacker, and graduated from NDSU in 1963. He also worked during this time for Camp Courage, a summer camp dedicated to working with disabled and handicapped children, and was a crew supervisor in the sugar beet fields of northeast Minnesota.

While in Fargo, Jim taught and coached at St. Anthony Catholic School for two years before accepting a teaching job in Hendrum, MN in 1963. It was around this time that he met Dianne Kay Foreng, who also was a student at NDSU. The two were married on December 30, 1965 and together raised eight children. The family lived in Hendrum until 1967, when the family moved to Osakis, Minnesota, where both Jim and Dianne had accepted teaching positions at Osakis High School. The family made their home in Osakis for the next 48 years. During the summers he also worked for the Minnesota Department of Employment, finding people, particularly students, summer jobs.

Whether in Fargo, Hendrum, or Osakis, Jim dedicated his life to the school system, working as a teacher, coach, and athletic director. During his 45 years in the school system, he taught social studies, health, and physical education, as well as coached football, basketball, track, cross country, tennis, and softball, and was the secretary of the Prairie Conference for many years. Over the course of his career, Jim won more than 1,000 games across all sports, and was honored with many distinctions, including the 1997 Minnesota State Tennis Coach of the Year award and several region athletic director of the year awards. More than just a coach, Jim was thought of as a mentor and father figure to many of his athletes and was always there to provide help or advice to anyone who needed it.

After leaving the Osakis school system in 2003, Jim simply couldn't give up working with students and took a job with the Lakes Area Charter School, helping with students there for the next several years. He finally retired in 2006, after nearly 50 years in the teaching profession.

Outside the teaching world, Jim was active in the communities that he lived in. He was an avid golfer, and had two "Holes-In-One" to his credit. He was a very good bowler, and served on the American Bowling Congress board in the 1980s. He would play cards, particularly cribbage, with anyone who would play, and spent almost every Saturday playing at Lakeview Lanes with friends and on a daily basis with family. He loved to be at or on the lake, spending many years at various summer cabins, particularly in the Battle Lake area. Because of his active lifestyle and gregarious personality, he was well-known across the state, rarely going anywhere without running in to someone he knew. Aside from their activities, Jim and Dianne spent much of their free time crisscrossing the upper Midwest visiting their children, grandchildren, and great grandchildren, who meant so much to both of them.

Jim is being greeted into heaven by his wife of 49 years, Dianne Kay; a daughter, Rebecca Emerson; his parents, Edward and Inez, and stepmother, Ardelle Walsh; parents-in-law Howard and Alice Foreng; two granddaughters, Breanna Schoeck Bechtold and Hayley Grace Waldvogel; and a sister-in-law, Vicky Walsh.

To order memorial trees or send flowers to the family in memory of James Walsh, please visit our flower store.