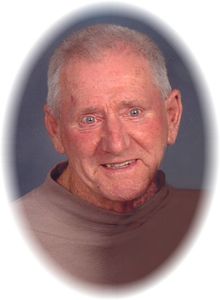 James 'Jim' Withers, age 77, of Osakis passed away on Saturday evening surrounded by family at the St. Cloud Hospital in St. Cloud, MN.

On June 6, 1934, a baby boy was born to Milo and Mary (Zimmerman) Withers on the family farm near Smith Lake, just west of Osakis, MN. They named him James LeRoy Withers. During World War II, the Withers family lived briefly in Omaha, NE, while Milo worked in a bomber factory before returning to Osakis. He graduated from Osakis High School with the class of 1952. He served his country proudly in the United States Army stationed in Texas and Virginia during the Korean War. On September 7, 1954, Jim was married to Janice Clarno of Alexandria, MN in Port Smith, VA. They renewed their marriage vows for their 50th wedding anniversary. After his honorable discharge, Jim returned with his bride to the Osakis area, and attended the University of Minnesota before leaving school early to help as a machinist at his family's business known as Withers Manufacturing. Jim would live in Osakis the rest of his life, and operate the business until his retirement in 2000. He was a member of the First Presbyterian Church in Osakis.

Jim had many interests and hobbies. He had an interest in and was an avid collector of various types of antique gas engines and other antique collectables. This led him to become involved in area pioneer and threshing associations. He belonged to and was very active in the Western Minnesota Steam Thresher's Reunion in Rollag, MN, the annual Albany Pioneer Days in Albany, MN, the Lake Region Pioneer Thresher's Association of Dalton, MN, and attended the Divide County Threshing Bee in Crosby, ND, and the Cool Spring Power Museum of Cool Spring, PA. He made many friends at these various events and was well known throughout the United States and Canada for his Otto Gas Engine collection and restoration work. Jim loved to get outdoors and enjoy nature with many hours on the lake fishing, and working in his garden. He was a charter member of the Osakis Country Club and active in local bowling leagues. He was a loving and doting father, grandfather, and brother who will be dearly missed by his family and friends.

He is preceded in death by his parents, Milo and Mary, his wife Janice, who died in 2010, his brother Larry, and nephew Logan Withers.

To order memorial trees or send flowers to the family in memory of James Withers, please visit our flower store.