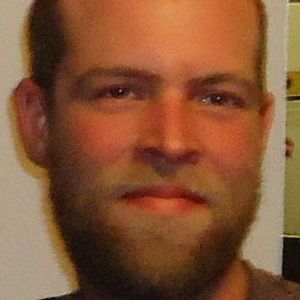 Jason John Mostad, 35 of Barnesville (formerly Osakis) MN passed away in his home Sunday January 17, 2016 from complications of diabetes. He was born March 28, 1980, the only child of John and Sheryl Mostad. He attended Osakis Schools and graduated in 1998. He worked at several jobs, most notably Mark's Welding and D&H Field Services. He was a skilled welder, an intrepid tinkerer and was working as the shop foreman at Turner Sand and Gravel when he passed.
From little on, Jason was a bright and outgoing person. He made friends wherever he went with his big smile and love of fun. And once you were his friend he was loyal and steadfast. Little kids took to him almost immediately, knowing they were secure but having fun. But the best thing about him was his big heart... he helped any and everybody that needed it; he'd give of his time, money and emotional support no matter the cost. He will be sorely missed by his family and friends.
He is survived by his parents John & Sheryl Mostad of Osakis; his grandmother, Janet Mostad of Sauk Centre and his grandparents, Mike & Audrey Illies of Long Prairie. Paternal aunts and uncles are Ginny (Newt) Earl, Fran (Al) Sing, Dennis (Deb) Mostad, Martha (Pete) Vogel, Verna (Jim) Gelhaye, Peggy (Jason) Otterness and 10 cousins. Maternal aunts and uncles are Whitney Illies, Becky (Mark) Weller, Roberta (Neal) Dollinger and Michele (Mike) Lemke and 7 cousins. He is preceded in death by his grandfather, Robert Mostad; his uncle, Steven Illies and cousins, Kristopher Korkowski and Ryder Meyer.
Services to be held at the Sauk Valley Lutheran Church Saturday January 23, 2016 at 1 pm. Internment in the spring.
Funeral services are being handled by the family. In lieu of flowers, donations can be made to the American Diabetes Association ( www.diabetes.org ). If you wish to send flowers have them delivered to Sauk Valley Lutheran Church.

To order memorial trees or send flowers to the family in memory of Jason Mostad, please visit our flower store.