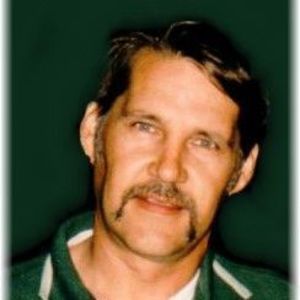 Jeff Gish, age 62 of Osakis passed into eternal life on March 5, 2017 at the St. Williams Living Center in Parkers Prairie, MN.
Jeff was born on April 27, 1954 in Fridley, MN to Douglas and Nancy (McDowel) Gish. He graduated from Fridley High School and attended college for computer science. Jeff also served in 1974 as a member of the United States Air Force. In 1977 Jeff was married to Renee Novak. They made their home in Osakis and Jeff worked with his family at Gish's Bait and Standard. After the sale of the bait store, Jeff went to work at Juno Plastics in Alexandria. He also worked for Donnelly Custom Molding and Manufacturing until 2003 when health complications required a change. For ten years, Jeff lived in Swanville, where he took care of his father. He returned to Osakis in 2008 and lived here until September of 2016 when additional health issues required a move to the St. Williams Living Center in Parkers Prairie, MN.
Jeff enjoyed being outdoors. He loved nature and going into the woods to search for edible mushrooms and wild asparagus. He also loved to go hunting and fishing. Another of his interests was muscle cars and motorcycles. Jeff enjoyed people and liked socializing over a game of cards or a cribbage board. He had a great sense of humor and was known for his lighthearted disposition. His family meant the world to him and he loved being a grandpa to his three grandsons.
He will live on in the hearts of his children, Derek (Candy Eschbach) Gish of Osakis, Linnea (John Schumacher) Gish of St. Joseph and Jen Moser of Onalaska, WI; three grandsons, Judah and Obadiah Moser, Lucas Eschbach-Gish.
Preceding him in death are his parents, Doug and Nancy Gish and grandparents.
Memorial services for Jeff will be held on Saturday, March 18 at 2:00 pm at the Roy-Hetland Funeral Home Chapel. A gathering time will begin at the funeral home at 1:00 pm.
Arrangements by Roy-Hetland Funeral Home, Osakis, MN.

To order memorial trees or send flowers to the family in memory of Jeff Gish, please visit our flower store.