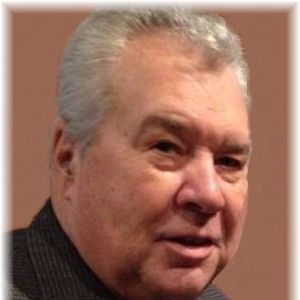 Jerome E. Grewe, 73, of Sauk Centre, MN, passed away unexpectedly January 27, 2017 at Mountain Vista Medical Center in Mesa, AZ. A memorial service will be held at Trinity Lutheran Church in Long Prairie, MN on Saturday, March 11, 2017 at 11: 00 am with a gathering time starting at 10 am at the church.

Jerry, or also known as "Butch" by family members, was born on September 20, 1943, in St. Paul, MN to Ervin and Della Grewe. He grew up on a farm in Bertha and graduated from Bertha High School in 1962. In 1964, he married Florence Lietz and they had three children. Jerry worked as an electrician for local unions 292 and 343. They lived in the Twin Cities until 1977 then bought a farm near Eagle Bend as electrical work was slow. In 1979, they moved to Long Prairie to a hobby farm where he continued to work as an electrician until 2004 when he retired. They purchased a home in Gilbert, AZ and enjoyed many winters there. After 35 yrs in Long Prairie they sold their home and built their retirement home in Sauk Centre in 2014.

Jerry loved going to the races in Alexandria, Fergus Falls, and in Arizona. He liked to play cards and visit wherever he went. He enjoyed spending time with family and friends. He was a Vikings and Twins fan. In his younger years, he had a few small businesses, even selling cars on the side.

Jerry was loved very much and will be dearly missed.

A private burial will be held at a later time.
Arrangements by the Roy-Hetland Funeral Home in Osakis, MN.

To order memorial trees or send flowers to the family in memory of Jerome Grewe, please visit our flower store.