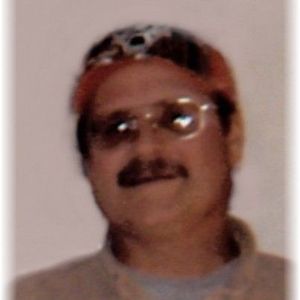 Jerry 'Doc' Laumeyer, age 56 of Long Prairie, MN passed away on Friday, Dec. 29, 2017 at the St. Cloud Hospital in St. Cloud, MN.
A Celebration of Life will take place on Tuesday evening, Jan. 2, 2018 from 6 - 8 pm at the Roy-Hetland Funeral Home in Osakis, with a service beginning at 7 pm.
Jerome Paul Laumeyer was born on June 24, 1961 in South St. Paul, MN to Anthony and Loretta (Downs) Laumeyer. He moved with his family to a farm near Long Prairie as a boy and graduated in 1981 from Long Prairie High School. After graduation, Jerry continued to help farm with his family and also worked at the Long Prairie Packing plant. He was later hired by Crestliner Boat Company in Little Falls, MN and worked in the Painting Division until 2010. He was an active outdoorsman, who loved to be boating, fishing or flying radio-controlled aircraft. Jerry especially loved to snowmobile and was a competitive snowmobile Radar racer, who competed in the 800 Improved Class, winning many trophies over the years. He would race in the snow during the winter or on grass in the summers. He loved speed and testing the limits of his machines. Other activities Doc enjoyed included four wheeling and gardening. He looked forward to putting up many canned goods from his garden each fall. Whatever the activity, Jerry had his buddy, a Rat Terrier/Chihuahua cross, Cujo by his side.
He is survived by his mother, Loretta Laumeyer of Osakis; brothers, Jeff Laumeyer of Dundee, NY, Greg Laumeyer of Long Prairie, Tim (Oksana) Laumeyer of Osakis and Scott Laumeyer of St. Cloud and sister, Becky Laumeyer of Osakis; many nieces and nephews.
He preceded in death by his father, Anthony Laumeyer.
Jerry's final act was to give the gift of life through organ/tissue donation.

To order memorial trees or send flowers to the family in memory of Jerry Laumeyer, please visit our flower store.