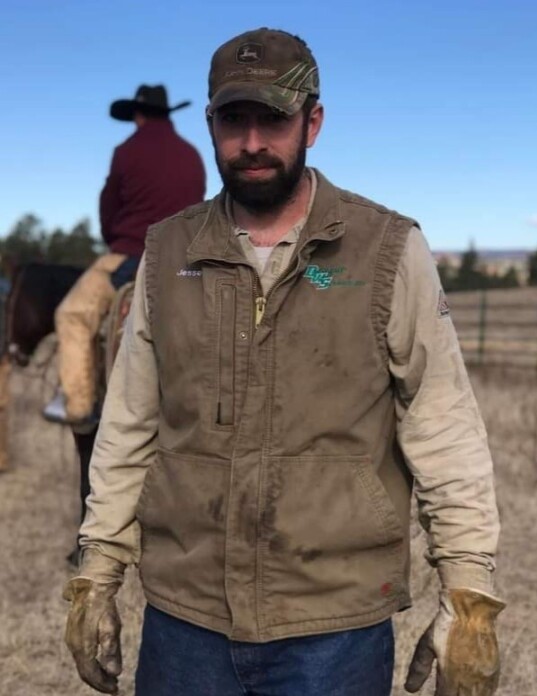 Jesse Roy Holmquist, 33, of Long Prairie, MN passed away on December 18, 2021 from an oil field accident. He was a follower of the Lord Jesus Christ.

Jesse was born in Long Prairie to Kelly “Red” and Judith Holmquist. He was the oldest of six children. Being around his dad and grandfather on the farm sparked a lifelong love of tractors, which he collected all his life, accumulating well over a dozen classic models.

Jesse joined the United States Marine Corps June 11, 2007. He fulfilled and completed his contract, and was honorably discharged June 15, 2011. He earned the Seas Service Deployment Ribbon, the Global War on Terrorism Expeditionary Medal, Kuwait, the Humanitarian Service Medal, the Global War on Terrorism Service Medal, the National Defense Service Medal, a Certificate Commendation, a Meritorious Mast, and a Rifle Qualification Badge: Expert. He was deployed with CLB-24 Combat Logistic Battalion from December 2009 to August 2010. He visited many countries during his deployment. Jesse wrote (and was proud of the fact), “CLB-24 was the first in history to replace a 7-ton Marine Corps heavy duty truck with a caterpillar while at sea.”

Four months before he completed his military service, on February 19, 2011, Jesse married Sylvia Brittany Rene Bowling. He became a father to Sylvia’s son Graden, and together they had three more children, Wyatt, Waylon, and Jessamine.

Growing up on the farm, Jesse learned to repair and rebuild the family’s equipment at a young age. Later he became proficient at MIG, ARC and torch welding. He spent time working in the oil field of North Dakota and Montana, and drove a commercial truck, visiting 47 of the continental states. At any new job he undertook he quickly became recognized for his mechanic’s skills and his tremendous work ethic, both of which he learned from his father Red.

Jesse loved hunting, fishing, shooting, cooking for his family, working on his trucks and tractors, riding his Harley, helping his parents on the farm, going on adventures with his brothers, taking his sister on long drives around town so they could get caught up on conversations, having phone chats with his grandparents, being with his wife, and teaching his children his many skills. He was always up for a good time with his buddies, which he made everywhere life took him.

Jesse was preceded in death by his grandmother, Judith (LaForge) Holmquist­­­­­­­­. He is survived by his wife Sylvia; his children Graden, Wyatt, Waylon, and Jessamine; parents Kelly Sr. and Judith; brothers Kelly (Jolee), Timber (Cassie), Dain (Tiana), and Hans; sister Angel (Mario, whom he considered an honorary brother); grandparents Albert Holmquist (Kay) and Jerry and Nancy Haase, nieces, nephews, aunts, uncles, cousins, and many, many friends.

A funeral service will be held Thursday, December 23, 2021, 11:00 AM at First Baptist Church in Long Prairie, MN with visitation one-hour prior to the service. This service will be live-streamed and recorded for family and friends to view from Jesse’s obituary page on the Roy-Hetland Funeral Home website at 11:00 AM on Thursday. Burial will be at Zion Cemetery in Long Prairie, MN.

To order memorial trees or send flowers to the family in memory of Jesse Holmquist, please visit our flower store.
Open