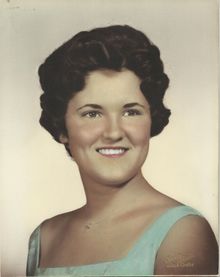 SPOFFORD, JILL R. (OTTO) age 68 of Long Prairie
Jill Rombough (Otto) Spofford was born to Donald and Winona (Scadding) Otto on April 23, 1944. Jill grew up in Sauk Centre, MN and graduated from Sauk Centre High School in 1962. Following high school, she completed the LPN Program at Alexandria Technical College. She worked as a nurse at the Browerville Hospital in Browerville, MN. She met and married Lee Spofford and had a family of six that they raised in the Long Prairie and Sauk Centre areas. In 1980 Jill relocated to Oregon where she met and married Keith Eoff. Together they raised a family of three. In recent years, Jill had resided in both Oregon and Minnesota. She made her home in Minnesota in 2010 when she was diagnosed with cancer. Jill fought a very brave and courageous battle and was an inspiration to her family and many friends. She wore many hats throughout the years that included nurse, caretaker, bar tender, hotel manager, farmer, cook, jewelry maker, crafter and seamstress, but none were as important as MOM, GRANDMA and FRIEND. Jill was a member of Eastern Star and enjoyed helping out the Monday quilters at Osakis Lutheran.
Jill will live on through her survivors that include her children, Rex (Brenda) Spofford of Dillingham, AK, Marguarette Norwood of Browerville, MN, Heather (Brian) White of Baker City, Oregon, Michelle (Mike Haffner) Spofford of Sauk Centre, MN, Kim Miland of Melrose, MN, Byron (Jody) Miland of Sartell, MN, Nancy (Glenn) Taft of Browerville, MN, Richard (Shannon Breeden) Eoff of Browerville, MN, Carl Eoff of South Carolina; 14 grandchildren; 1 great grandson; 14 stepchildren; special friend, Keith Eoff of Elgin, OR; her brother, David (Cecelia) Otto of California.
Jill was preceded in death by her parents, grandparents, her high-school sweetheart and fiancAC., Andrew Lesser, Lee Spofford and 2 (twin) grandchildren.
Funeral services will be held Tuesday, Feb. 12, 2013 at 1:00 pm at the Osakis Lutheran Church in Osakis, MN. Honorary bearers are Ethan Norwood and Rex Spofford. Active casketbearers are Glenn Taft, Byron Miland, Richard Eoff, Adam and Mitchel Norwood, Greg Spofford and Mike Haffner. Interment is at the Greenwood Cemetery in Sauk Centre, MN.
Funeral arrangements are with the Roy-Hetland Funeral Home in Osakis, MN

To order memorial trees or send flowers to the family in memory of Jill Otto Spofford, please visit our flower store.