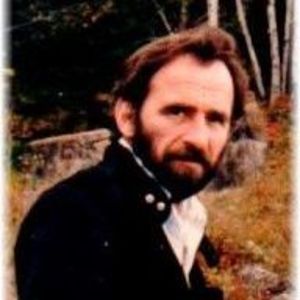 LIFE HISTORY FOR JOHN ELSNER
John Elsner, age 72, died early Saturday, August 5, 2017 at his home north of Alexandra, MN.
Elmer and Annie (Collins) had a son on September 3, 1944. They named him John Joseph and he was one of four children, two boys and two girls, born to this family. He grew up in Douglas County near Belle River and attended school in Osakis, MN. John was raised in the country and loved the outdoors. He married Sharon Krause on Nov. 27, 1964. He first did farming with his father and then learned the well-drilling trade when he, his father and his brother, Gerald operated the Elsner Well Drilling company. They worked at drilling wells all over central Minnesota. John loved driving around the countryside and seeing the crops and farms as he traveled from one job site to another. He was a natural hunter and fisherman. Socializing and shooting the breeze with his neighbors and friends were things he enjoyed. He met Paulette Drake and they soon became best friends and soul-mates. John was a lifetime fan of Thunderbird cars and Ford pick-ups and was also very proud of his grandchildren and great grandchildren. He retired from well-drilling in 2000 and was a member of St. Nicholas Church in Belle River, MN.
John is survived by his daughter and son-in-law, Valerie & Kevin Vonderharr of Alexandria, his son and daughter-in-law, Kelly & Laurie Elsner of Menahga; his life partner, Paulette Drake and her children, Beth & Mark Ryzyk of Katonah, NY and Jennifer Drake of Denver, CO; 5 grand children, Amber McClellan, Melissa Vonderharr, Nicole Vonderharr, Joshua Elsner and Regina Elsner (Ryan Hoffman) and 4 great grandchildren, Anthony McClellan, Alize McClellan, Riley Hoffman and Rainah Hoffman; his sister, Sandra Winter of Osakis; and nephews.
He is preceded in death by his parents and a brother, Gerald Elsner.
Memorial services for John will be held on Saturday, August 12 at 11:00 am at St. Nicholas Catholic Church in Belle River with Fr. David Petron officiating. Urnbearer is his son, Kelly Elsner. Visitation begins at the church one hour before the service in Belle River.
Arrangements are being handled by the Roy-Hetland Funeral Home in Osakis, MN.

To order memorial trees or send flowers to the family in memory of John Elsner, please visit our flower store.