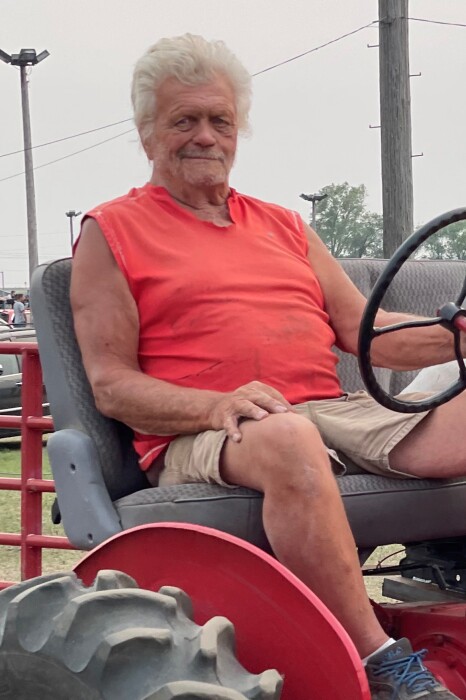 John Herman Terfehr of Osakis died unexpectedly from a motor vehicle accident on Saturday, July 9, 2022. He was 78 years old. That age though, was nothing but a number. John truly lived life to the fullest. He made each year, and each day, count.

God broke the mold when John was born on July 30, 1943, to Norbert and Margaret Terfehr of West Union. John’s life started like most Catholic boys in the area at the time. He was baptized, confirmed and served as an altar boy at St. Alexius Catholic Church in West Union. The life of the second oldest of four children was off to a pretty traditional start.

From that point on, the ride was wild. John attended District 5 Country School in West Union Township. It was there that he developed a natural skill for math – he could add and multiply quicker than most could get the answer from Siri –, he had a surreal understanding of words – which would lead to a love of crossword puzzles – and he had a true gift for storytelling – he knew at least 2,000 jokes. By memory. Dozens for any occasion. Especially the PG-13 variety.

After graduating from the Morris Ag School, John and some buddies started racing cars. He was good at it. He liked the competition, but he loved the camaraderie the most. Working on the cars wasn’t as much fun as racing them, but the time spent doing it was part of a work ethic that John carried out his entire life.

It was at this time that John started farming, like his dad, and would continue to work the fields of Todd County for most his life. He loved, loved, loved farming. Despite visiting all 48 continental U.S. states, John always said that if he could live anywhere in the world it would be exactly where he spent his 78 years – central Minnesota. He loved everything about the land, the fields, the crops and the seasons (even the cold one!), as his hobbies matched perfectly with this part of the country.

Along with farming, John also drove truck and owned and operated John Terfehr Trucking, Inc. in Osakis for more than two decades.

During retirement (yeah, right), he enjoyed a variety of leisure activities, most notably tractor pulls. He competed in pulls across the state, partnering with his close friend Dennis Christianson to collect wins at multiple weight classes. Along with tractors for pulling, John had a vast collection of antique tractors, which he also would annually enter into the West Union 4th of July parade. In addition, John spent hours and hours aboard his snowmobiles and his 3-wheel trike that he loved to ride on a beautiful summer day with his best buddy, his dog, Jax, always at his side. John and Jax were inseparable.

John’s other passions were cooking (his specialties were fantastic!), sleeveless shirts (no one had more), cards (gin rummy, skit, slap jack, and his favorite, Crazy 8), and above all else, his grandchildren. He loved them. Half those sleeveless shirts had prints of his granddaughters and grandsons on them. Family mattered more and more and more and more to John with each passing year. That was evident with how much he boasted about each and every one of the family members he leaves behind.

He was preceded in death by his parents, his sister, Susan Engle and a nephew, Todd Engle.

A visitation will be held from 4-7 p.m., with a prayer service at 4:00 p.m. on Sunday, July 17, 2022, at Roy Hetland Funeral Home in Osakis. Mass of Christian Burial will be held at 11 a.m. (visitation one hour prior), Monday, July 18, 2022, at St. Alexius Catholic Church in West Union where John remained an active parish member. Interment will take place at the church cemetery.

In lieu of flowers, the family requests donations be made in honor of John Terfehr to St. Alexius Parish or to a charity of personal choice.

To order memorial trees or send flowers to the family in memory of John Terfehr, please visit our flower store.
Open