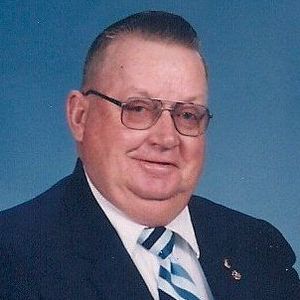 Joseph William Ostendorf, age 84 of Villard, passed away surrounded by loving family on February 24, 2013, at the Veterans Medical Center in Saint Cloud, leaving this earth to join his wife, son and granddaughter.

Joe Ostendorf was born December 28, 1928, in Racine, Wisconsin to Joseph and Clara (Hens) Ostendorf. He went into the Marine Corp in 1952 and served in Korea as a gunner on a 60MM mortar. After the war, he was assigned to the DMZ Divisional MP Unit between North and South Korea. He was given the Korean War Service Medal, National Defense Service Medal, Korean War Service Medal with One Star, and the United Nations Service Medal. He was honorably discharged on May 15, 1960. After the service he started farming and farmed most of his life. He married Theresia Heinze on September 23, 1954 at Saint Peter and Paul's Catholic Church in Elrosa. Joe's hobbies were deer hunting, ice fishing, and playing cards with his friends at the Sauk Centre Senior Center. He liked to watch baseball, football and western movies. He enjoyed listening to old time and country music. The Blue Skirt Waltz was Theresia's and his favorite song to dance to. He also enjoyed all family get togethers, spending time with family, grandchildren and great-grandchildren. Joe was a member of the American Legion and was awarded a Life Membership in June, 1970 for meritorious work in the Legion. He was Past Post County, District Commander and Department Vice Commander. He was a Life Member of Sauk Centre VFW, Brainerd Unit Marine Corp League, Disable American Veterans, Glenwood Council of Knights of Columbus, where he was Post Grand Knight. He was also a Life Member of Queen of Peace Assembly Knights of Columbus and Past Faithful Navigator, and a member of the Sauk Centre Eagles. While in the Legion, Joe and Thersia did a lot of traveling, attending 39 National Conventions to different states, including Hawaii. They enjoyed every trip.

To order memorial trees or send flowers to the family in memory of Joseph Ostendorf, please visit our flower store.