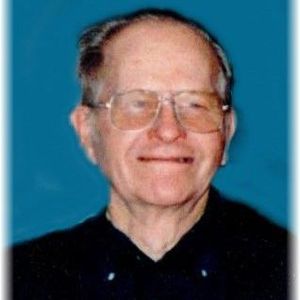 Joseph Welsh, of Osakis passed away on Monday, August 28, 2017 in Alexandria, MN one day after celebrating his 97th birthday. He was born on August 27 in 1920 to William Leo and Wilma (Kern) Welsh in Green Valley, MN. Joe helped farm over 400 acres with his Dad, when his brothers went into the Army and Navy. When his parents semi-retired in the Alexandria area, they bought a smaller farm and Joe took over the work load. Joe met Barbara Jean Nelson and they were married at St. Mary's Catholic Church in Alexandria on September 6, 1948. In 1960 they purchased a dairy farm near Osakis in Orange Township and there they raised their three children. He was very blest to have been able to stay on his beloved farm until last year. Joe loved farming, that was his life. He was always happy being outdoors. His favorite hobby was using his chainsaw. He also enjoyed camping and playing cards with family and friends. Joe was a member of Immaculate Conception Church and a lifetime member for over 70 years of the Knights of Columbus. In his younger years he helped with many Knights activities, including the pancake breakfasts.
Joe will be dearly missed by his wife of 68 years, Barb Welsh of Alexandria; children, Mary Jo (Douglas) Schultz of Birmingham, AL, John (Judy) Welsh of Alexandria, MN and Janelle (Robert) Larson of Baxter, MN; 8 grandchildren; 12 great grandchildren; many nieces and nephews.
Preceding him in death are his parents and siblings, Lawrence Welsh, Jack Welsh, Helen Harrington, Dorothy Hoffman and Lucille Kongs.
A Mass of Resurrection will be held for Joe on Saturday, September 2, 2017 at 11 am with viewing at 10 am at Immaculate Conception Catholic Church in Osakis with Fr. David Petron officiating. Honorary pallbearers are Chris Schultz, Kevin Schultz, Sandy Matthews, Kathy Howton, Julius & Clarice Massmann, Dennis Mack and members of the Knights of Columbus.
Interment will be at the Calvary Cemetery in Osakis, MN with pallbearers Bryan Withers, Dan Kakac, Michael Schultz, Jennifer Schultz, Melissa Saice and Michelle Wynn. Arrangements are being handled by the Roy-Hetland Funeral Home in Osakis, MN

To order memorial trees or send flowers to the family in memory of Joseph Welsh, please visit our flower store.