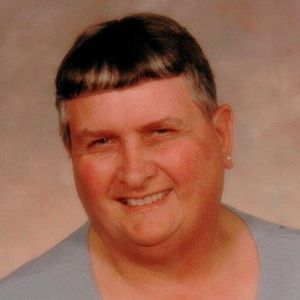 Judy Fisher, age 73 of Osakis, formerly of Mineral Point, WI passed away on Thursday, July 23, 2015 at the Community Memorial Home where she had been a resident.
Judy was born November 3, 1941 in Sauk Centre MN to Elmer and Arlouewen (Hamilton)Starry. As a young child, Judy was adopted by Floyd and Lillian Fisher and grew up and attended school in Wisconsin.
She worked for many seasons at the Green Giant Canning Company in Wisconsin and later worked as a housekeeper. Judy never married. In 2013 she moved to Osakis and lived in the Manor Apartments and then at Westview Assisted Living Apartments in Osakis.
She enjoyed playing cards with friends, bingo, doing word search and jigsaw puzzles and working on various quilt projects. She was also a big fan of race driver, Dale Earnhardt, Jr and watching the car races on television and was very proud of the various pieces of his memorabilia she had collected.
Judy is survived by her brother, Allen (Sonja) Starry of Osakis and a sister, Jane Hoffman of St.Paul, MN; 4 nieces and 2 nephews. She is preceded in death by both her birth parents, Elmer and Arlouewen Starry and her adoptive parents, Floyd & Lillian Fisher.
Arrangements are by the Roy-Hetland Funeral Home in Osakis.

To order memorial trees or send flowers to the family in memory of Judy Fisher, please visit our flower store.