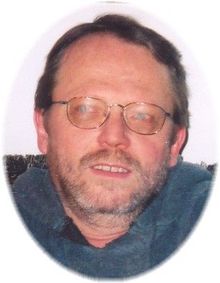 Keith Kerkeide, age 58 of Alexandria passed away on Saturday evening, August 18, 2012 at the St. Cloud Hospital in St. Cloud, MN.
On November 5, 1953 a baby boy named Keith Lamont Kerkeide was born to Herbert and Sylvia (Rise) Kerkeide in Benson, MN. He graduated from Benson High School with the class of 1971 and attended Alexandria Technical College in the Small Gas Engine program. He married LouAnn Gandrud and later, Linda Klimek. Keith worked at the Fingerhut factory in Alexandria, MN as a mechanic repairing packaging machines. Keith also did newspaper delivery of the Minneapolis Star-Tribune and the Alexandria Echo Greensheet around the Garfield, MN area. More recently he was employed at the Kmart and Walmart stores in Alexandria.
Keith liked to go fishing and was also a history buff who enjoyed learning and reading about historical events and watching the History Channel on television. He liked to socialize and could strike up a conversation with anyone. He was a friend to many and will be dearly missed by his family and friends.
Preceding him in death are his parents, Herbert and Sylvia Kerkeide.
He is survived by his son, Josh Kerkeide of Rosemount, MN; two brothers, Lavern (Lois) Kerkeide of Alexandria and Kevin Kerkeide of Long Prairie; a sister, Sherrie (Dan) Wilken of Villard; an uncle, John Rise of Milbank, South Dakota; many nieces and nephews.
A memorial service will be held on Thursday, August 23, 2012 at 1:00 pm at the Immaculate Conception church in Osakis with Fr. David Petron officiating. Inurnment is at the family plot in St. Pauli's Cemetery in Swift Falls, MN.

To order memorial trees or send flowers to the family in memory of Keith Kerkeide, please visit our flower store.