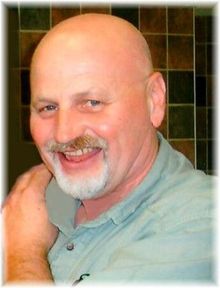 LIFE HISTORY FOR LARRY BJORSTROM
Larry Bjorstrom, age 66 of Long Prairie passed into his new life on Friday evening, May 26, 2017 from his home in rural Long Prairie, MN.
Larry was born on December 15, 1950 in Sauk Centre, MN to Raymond and Velma (Samuelson) Bjorstrom. He attended Osakis Public School and graduated with the Class of 1968. After attending Alexandria Technical College for drafting, he then went to St. Cloud State College for Industrial Arts and Drivers Education. On Dec. 4, 1976 Larry was united in marriage to Vicki Henneman in Evansville, MN. In addition to a career as a musician in professional bands, Larry also began building homes for Great Plains Supply of Osakis with contractor, Jerry Olson. After a short time working as an insurance agent for Combined Insurance Co., Larry was hired as a machine operator at the 3M Company in Alexandria, where he has been employed for many years.
Larry was a member of the Little Sauk Lutheran Church and helped as the Sunday School music teacher. Larry was a handyman and hobby farmer who enjoyed doing carpentry work and woodworking projects. He also enjoyed motorcycling and building guitars.
From early on Larry had a natural talent for music. He was a self-taught vocalist and guitarist, especially known for his bass guitar playing. Throughout his life he played in musical bands, starting as a teenager in a local band called Rosewood Casket. He then went on to play with bands such as Mother's Worry, Burl and Ives, Full Moon, Freddie Dean, Calhoun and Caruthers, and the Freddie Dean Reunion Band. Most notable was his time playing with the Rosewood Band.
Larry will live on in the hearts of his wife of forty years, Vicki Bjorstrom of Long Prairie, their three children, Jacob (Yuri) Bjorstrom of Hutchinson, Sarah (Warren Cotch) Bjorstrom of St. Cloud, and Tyler Bjorstrom of Long Prairie; 2 grandchildren, Alexander and Joshua; his mother, Velma Bjorstrom of Osakis; a brother, Arlan (Cindy) Bjorstrom of Long Prairie; an uncle, Gary Bjorstrom of Osakis; aunts, Dorothy Bjorstrom of Long Prairie and Deloris Samuelson of Bertha. He is preceded in death by his father, Raymond in 2008 and grandparents, Alfred and Judith Bjorstrom.
Funeral services for Larry will be held on Wednesday, May 31, 2017 at 2:00 pm at the Long Bridge Lutheran Church in rural Little Sauk with Rev. Steve Hilde officiating. Musicians are Sonja Starry, Jim Flan, Sarah Bjorstrom and fellow band members. Interment is in the Long Bridge Church Cemetery with honorary pallbearer, June Withers and active pallbearers, Darrell Martin, Alan and Jamie Flan, Bob Wilken, Dennis Sudbeck and David Hammer.
Arrangements handled by the Roy-Hetland Funeral Home in Osakis, MN.

To order memorial trees or send flowers to the family in memory of Larry Bjorstrom, please visit our flower store.