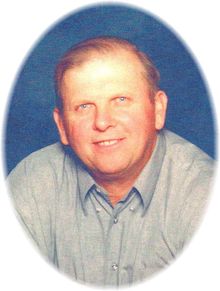 Life History for Larry Koch
Larry Koch, age 63 of Osakis, MN went to be with his Lord early Thursday, May 27, 2010 at the Douglas County Hospital in Alexandria, MN.
Larry Lee Koch was born on December 30, 1946 in Fort Dodge, IA, to Everett and M. Ileen (Peters) Koch. He graduated from Nora Springs High School in 1965 and then joined the U.S. Air Force. After his time in the service, Larry returned home and began working at a meat packing plant but soon decided to start farming in Mapleton, IA. On December 19, 1980 he was united in marriage to Dorothy Schechinger in Council Bluffs, Iowa. He farmed for 18 years before purchasing the Sunset Resort in 1992 and moved to Osakis, MN. In addition to running the resort, Larry also worked for Marquette's Welding. Later he worked as a yard foreman for the local UBC building supply. He also drove school bus for Osakis Public Schools for several years.
Larry was a man of many talents. In 2000, he started his own Home Improvement business. He was also a master craftsman of furniture and artwork. As a member of Good Shepherd Lutheran, he served on several ministries such as Trustee, usher, Carpenters for Christ, Stephen Ministry, and the Passion Drama. His church dartball league also brought him many hours of fellowship and fun.
He loved being with his family and grandchildren and living by the lake. He was always ready for fishing, a hand of cards, game of cribbage, dice or board games. He enjoyed bird watching and the history channel on TV. Larry was an active member of the American Legion in Mapleton, IA having served as Past Commander. He became a Life Member of the VFW in Osakis when he moved to MN. He belonged to the Osakis Chamber of Commerce, the Lake Osakis Resort Association and Habitat for Humanity.
He is survived by his wife of 29 years, Dorothy Koch of Osakis; his children, Cheryl (Marcus) Dryak of Omaha, NE, Dan (Stephanie) Koch of Carter Lake, IA, Shannon (Michael) Immer of St. Michael, MN, Kristi (Charles) Mertens of Alexandria, MN and Mark Koch, Osakis; 9 grandchildren, Alexander, Brandon, Melanie, Brooke, Austin, Daniel, Jessica, Rebecca and Breanna; his parents, Everett and M. Ileen Koch of Mapleton, IA; 2 brothers, Marvin (Karen) Koch of Omaha, NE and Duane (Kathy) Koch of Nora Springs, IA; 2 sisters, Sheryl (John) Block of Olathe, KS and Joann (Merlin) Feddersen of Battle Creek, IA; many nieces and nephews.
Funeral services for Larry were held on Tuesday, June 1, 2010 at 10:30 am at the Good Shepherd Lutheran Church in Alexandria, MN with Rev. Wade Meyer officiating. Honorary pallbearers were the members of the Good Shepherd II Dartball Team, and Don Kuehl and Robert Banks. Military honors were provided by the Osakis VFW Honor Guard.
Arrangements were handled by the Roy-Hetland Funeral Home in Osakis.

To order memorial trees or send flowers to the family in memory of Larry Koch, please visit our flower store.