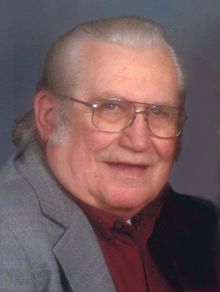 Leo Stoetzel, age 72 of Osakis passed away on Saturday, December 8 at his home in rural Osakis. Funeral services will be held on Friday, Dec. 14 at 11:00 am at the Immaculate Conception Catholic Church in Osakis. Interment is at the West Evergreen Cemetery in Osakis. Visitation hours are from 4 - 8 pm Thursday evening at the Roy-Hetland Funeral Home with parish prayers at 7 pm.

Leo Christian Stoetzel was born on April 4, 1940 to Aloysius and Rosella (Rutten) Stoetzel in Douglas County, MN. He graduated from Osakis High School in 1958 and then attended St. John's University. After working for his uncle's silo business in Illinois, Leo returned to Minnesota and attained a business management degree from the MN School of Business. On May 30, 1966 Leo was united in marriage to Sue Robinson at the Immaculate Conception Church in Osakis, MN. They lived in Litchfield while Leo worked for Sparboe Hatcheries and then moved to Minneapolis when he was hired by Control Data. He also worked for Robert Shaw Controls in Mpls before returning to his hometown and working as the manager of the Osakis VFW Post. Other employment included a job with Burguss Construction, the Osakis Liquor Store as assistant manager, Dry-Mor Industries, Vacuwave and Brenton Engineering. Leo worked at United Ag Products of Sauk Centre for over seventeen years until his retirement in 2005. He was a member of the Immaculate Conception Church in Osakis.
Leo had many interests and hobbies. He loved to be outdoors and enjoy nature, especially feeding the birds and using his green thumb to grow various plants and flowers. He also liked to go hunting and fishing and was a big sports fan. Traveling, socializing and going dancing were other past times he enjoyed. Blessed be his memory.
Leo is survived by his wife of 46 years, Sue Stoetzel of Osakis; children, Chris (Rita) Stoetzel of Osakis, Damon Stoetzel of Glenwood and Theresa 'Teri' (Dale) Euerle of Villard and extended family member, Ryan Triebenbach of Alexandria; 6 grandchildren; one sister, Maureen (Marvin) Bruzik of Alexandria; many nieces and nephews.
He is preceded in death by his parents, Aloysius & Rosella, his daughter, Tanya Marie Stoetzel who died in 2010; his inlaws, Marvin & Elvira Robinson, Alaine Olson, Gail Fiskness, Gary and Jon Robinson.
A Mass of Resurrection will be held for Leo on Friday, Dec. 14, 2012 at 11:00 am at the Immaculate Conception Catholic Church in Osakis with Fr. Dick McGuire officiating. Interment is at the West Evergreen Cemetery in Osakis with honorary pallbearers being Boyd Fiebelkorn, Thad, Shane, Shawn and Rory Robinson, Chub Hensley, Donald Tonn, Ryan Triebenbach, Alex Rutten, Mike and Mark Bruzik. Active pallbearers are Tyler and Travis Euerle, Derek, Nicole, Darrin and Triston Stoetzel.
Arrangements are by the Roy-Hetland Funeral Home, Osakis, MN.

To order memorial trees or send flowers to the family in memory of Leo Stoetzel, please visit our flower store.