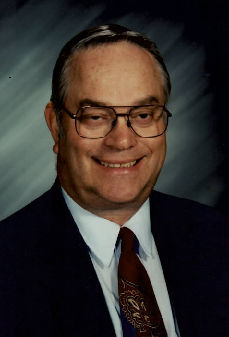 Leroy George Mackove, the son of George and Maggie (Ripplinger) Mackove, was born on May 11, 1937, in Geneseo, North Dakota.  Leroy graduated from Valley City High School and then joined the National Guard to help pay for his college.  After receiving his teaching degree, Leroy began teaching at an elementary school in Cayuga, ND.  While living in Cayuga, Leroy met the love of his life, Sharon Kriz.  They were united in marriage on August 8, 1959, and three children were born to this union, Tammy, Shelly, and Scott.  Leroy moved his family to Valley City, ND, where he received his Bachelors Degree from Valley City State University.  He continued with his education at NDSU receiving his Masters Degree in Education in 1962.

Leroy taught at many schools in North Dakota before becoming a superintendent in Souris, ND, Round Lake, MN and then Osakis, MN.  Leroy was the Osakis School district superintendent for 26 years retiring in 1999.  During this time, Leroy was always extremely proud of his Osakis students.  He enjoyed handing out special awards and diplomas to his students over the years and he tried to attend every home sporting event during his time as superintendent.  He worked hard along with his fellow colleagues, to secure funding, to build a new school and athletic complex in Osakis.

Leroy was a member of the Knights of Columbus and was a former Grand Knight.  He was also involved with the Schreiners and many other education organizations throughout Minnesota including the Minnesota State High School League Board of Directors.

Family has always been important to Leroy.  He liked to take his family to the stock car races in Alexandria and raised and rode horses with his children.   He loved the horses along with the rest of his family and hardly ever missed a show.  In fact, he even did announcing for horse shows for the Osakis Trailblazer Saddle Club and loved every minute of it.  He took many family trips and liked to go boating with Sharon, his children, grandchildren, and his dog Buster.  Christmas was Leroy’s favorite holiday.  He always made sure everyone had lots of presents to open under the Christmas tree.  Leroy will be dearly missed by those who knew and loved him.

A Mass of Christian Burial will be held on Saturday, October 8, 2022, at 11 AM at St. Alexius Catholic Church in West Union, MN

A visitation will take place on Friday, October 7, 2022, from 4-7 PM at the Roy Hetland Funeral Home and continue one hour prior to the mass at the church on Saturday.

Interment will be in Calvary Catholic Cemetery in Osakis, MN.

Arrangements are with the Roy-Hetland Funeral Home of Osakis, Minnesota

To order memorial trees or send flowers to the family in memory of Leroy Mackove, please visit our flower store.
Open