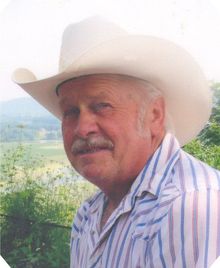 LIFE HISTORY FOR LES KNAKE
Les Knake, age 71 of Long Prairie died unexpectedly at his home in rural Long Prairie on Friday evening, February 14, 2014.
On August 11, 1942, Leslie Knake was born to Edwin and Helen (Newberg) Knake in Cottonwood County, Minnesota. He was confirmed at the Salem Lutheran Church in Comfrey and attended school in Darfur, Comfrey and Springfield, MN. His first job was hauling canned milk for the creamery in Springfield. Les then took on another demanding job in the brickyard at the Oaks Brick and Tile Company in Springfield. On June 10, 1966 Les married his sweetheart, Diane Westphal at the Salem Lutheran Church in Comfrey. After six years living in Sleepy Eye while Les worked for the Chicago Northwestern Railroad, the Knake's moved in 1974 to rural Long Prairie where they started the Rocky Hills Ranch. For the next forty years Les and Diane worked the land, raising dairy cattle to hogs, then sheep, then beef cattle and for the last 20 years they specialized in blue roan Quarter Horses. Les was a member of the Leslie Community Church and served as an usher and also on the church board.
Besides his love and knowledge of horses, Les also enjoyed gardening. Each season he took pleasure in giving extra produce away to neighbors and friends. His newest hobby was raising chickens. Les was a family man who loved to be with his grandchildren and great grandson. He was always ready with a helping hand for his neighbors and enjoyed visiting, socializing and making new friends. He was a great man who will be dearly missed by his family and friends.
Les is survived by his wife of 47 years, Diane Knake of Long Prairie; two children, Lisa (Todd) Goraczkowski of Staples and Liana (Elroy) Georges, Jr. of Long Prairie; 3 grandchildren, Cody and Amanda Georges and Tyler Goraczkowski; 1 great grandson, Piston Georges.
Preceding him in death are his parents; a sister, Edna Mae Knake; brothers, Elroy, Lloyd and Melvin Knake; sister-in-law, Roslyn Knake.
A celebration of Les's life will be held on Tuesday, February 18, 2014 at 1:00 pm at the Leslie Community Church in Osakis with Chaplain Jeff Tacker officiating. Musicians are Mark Webber and Dana Hetland. Interment is at the Gordon Pleasant Hill Cemetery. Procession to the cemetery will be by a horse drawn wagon with wagon master, Eric Boucher. Escorting the funeral wagon on horseback are casket bearers, Cody Georges, Amanda Georges, Tyler Goraczkowski, Roger VanHavermaet, Eric Kreemer, Carl Legan and Jim Juelke. Honorary bearers are Jim Pesta and Greg Rassat.
Arrangements are being handled by the Roy-Hetland Funeral Home in Osakis.

To order memorial trees or send flowers to the family in memory of Les Knake, please visit our flower store.