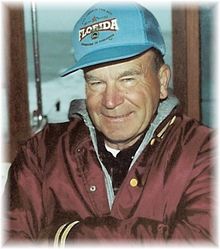 Lloyd Hendricks, age 91 of Osakis passed away on Tuesday, April 17 at the Douglas County Hospital in Alexandria, MN. Funeral services will be held on Friday, April 20 at 10:30 am at the Fahlun Lutheran Church in Nelson with burial at Pleasant Mound Cemetery. Visitation hours are from 4:30 - 7 pm on Thursday evening at the Roy-Hetland Funeral Home in Osakis and one hour before the service at the church on Friday.
Life history for Lloyd -
A son was born to William and Ida (Grundei) Hendricks on June 22, 1926 in Belle River Township, Douglas County, MN and they named him Lloyd Gerhard Hendricks. He grew up on their farm and attended country school. Lloyd eventually took over both crop farming and managing the dairy herd, continuing to milk, raise hogs and many types of fowl. The Hendricks family had settled the land back in 1876. When Lloyd met Jelene 'Darlene' Tucker, he had found a soul mate. He proposed to her and they were wed on June 28, 1955 at the Osakis Lutheran Church. They raised three children and taught them the rewards of living off of the land, which includes a lot of hard work and seeing a job to its completion. They learned to raise and butcher their own meat, process chickens, ducks and guinea hens and gather eggs. Life on the farm brought Lloyd much joy. He loved to watch the crops mature and enjoyed the wildlife that surrounded them. He raised a large garden, specializing in sweet corn and green onions. Lloyd went fishing both in the summers and the winters and took great pleasure in seeing the kids and grandkids catch a batch of fresh sunfish for dinner. Yearly 'turtle' catching and dinners was another family tradition they made and extended to neighbors and friends. Music was an important ingredient in any family occasion, especialy with Darlene's musical ability to sing and play guitar. Lloyd happily accompanied her many nights as she played with various groups and bands. He was her biggest fan and he loved to hear her beautiful voice any time of day. They took several trips down to hear the musical groups in Branson, MO. When they retired from milking in 1995, Lloyd continued to drive tractor, enjoyed bird watching, visiting and playing cards. He was a strong, confident man who loved his family dearly and left a legacy of family and grandchildren who will always remember him.
He lives on in the heart of his wife of 62 years, Darlene Hendricks of Osakis; his children, Darla (Robert) Schaefer of Browerville, Guy Hendricks of Long Prairie, Julie Hendricks - Savoie of Osakis; 8 grandchildren and 16 great grandchildren. He is preceded in death by his parents, siblings, Marvin and Raymond Hendricks, Gladys Fearing, Evelyn Miller and Lorraine Schlosser.
Family and friends gathered on Friday, April 20, 2018 at 10:30 am to celebrate his life at the Fahlun Lutheran Church in Nelson with Rev. Jeremy Pedersen officiating. Music from Darlene's recordings were played during the service and the organist was Barb Sather. Interment was at the Pleasant Mound Cemetery in rural Carlos and the pallbearers for him were grandchildren, Carle Hoffman, Matthew, Christopher and Brandon Schaefer, Garhard Hendricks, Nicki Norberg, Samuel and Amanda Savoie. A reception followed at the Osakis VFW Post # 7902.
Arrangements are with the Roy-Hetland Funeral Home in Osakis, MN

To order memorial trees or send flowers to the family in memory of Lloyd Hendricks, please visit our flower store.