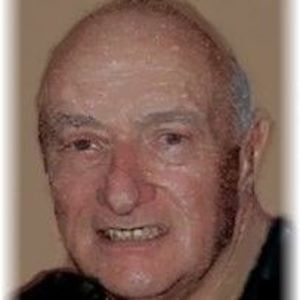 LOUIS FORBREGD, age 80 of Osakis passed away on January 7, 2018 at the Galeon in Osakis, MN. Funeral services are Saturday, Jan. 13 at 2:00 pm at the Sauk Valley Lutheran church in Osakis. Burial will be in the church cemetery. Visitation hours are from 5 - 7:00 pm on Friday evening, Jan. 12 at the Roy-Hetland Funeral Home in Osakis and one hour before the service at the church on Saturday.
Life history for Louis -
On October 9, 1937 a son was born to John L. and Inga (Erickson) Forbregd in Hallock, MN. They named him Louis Oliver. He moved with his family as a young man to live on a farm east of Osakis, MN. He graduated from Osakis High School in 1955 and then served his country in the Minnesota National Guards. On February 29, 1964, Louis was united in marriage to MaryAnn Franz at the Sauk Valley Lutheran Church in rural Osakis. They farmed, raised a family and Louis also did road construction. After attending a Sales and Marketing program at Alexandria Tech School for two years, Louis was hired by Land O Lakes in Alexandria. He would later work for the Cenex Company, Juno Plastics, 3M Co. of Alexandria and the Alexandria Recycling Center. His final employment before retirement was doing security work for C F Industries in Glenwood, MN.
Louis was a lifetime member of Sauk Valley Lutheran Church and served as a Trustee. He also belonged to the Mens Bible Study group and the Luther League. In addition, he was a proud member of the Todd County branch of Gideon International.
Socializing with neighbors and friends over a cup of coffee was a favorite past time for Louis. He enjoyed people and loved to visit. He was also a big fan of the local sports teams, especially enjoying the girls basketball teams. He was an avid reader and loved to take drives around the countryside each year to check on the crops. He loved to watch television Westerns and enjoyed a good game of Dominos or Skip-O, as he was very competitive by nature. Time spent with his grandchildren was something he treasured.
He will live on in the hearts of his wife and family, MaryAnn Forbregd of Osakis; 3 sons, David (Catherine) Forbregd of Rochester, Darryl (Wendy) Forbregd of St. Joseph, Douglas (Nila Roering) Forbregd of Alexandria and a daughter, Julie (Aaron) Stern of Alexandria; grandchildren, Joseph and Abigail Forbregd, Brook Moen, Kennedy Stern; his sisters, Joan DeAlejandro of CA and Orpha Neils of Portland, OR. He is preceded in death by his parents.
Services for Louis will be held on Saturday, Jan. 13, 2018 at 2:00 pm at Sauk Valley Lutheran Church in Osakis with Rev. Lindell Quam officiating. Musician is Wendy Forbregd. Burial is at the church cemetery with active pallbearers, David, Darryl and Douglas Forbregd, Jim and Karl Larson, Howard Haider, Aaron Stern. Honorary bearers are Jim Johnson, John Johnson and the Todd County Gideon Group.
Memorials are preferred to the Gideon International and/or Douglas County Hospice.
Thank you to the staffs at Galeon and Douglas County Hospice for all of their kindness.

To order memorial trees or send flowers to the family in memory of Louis Forbregd, please visit our flower store.