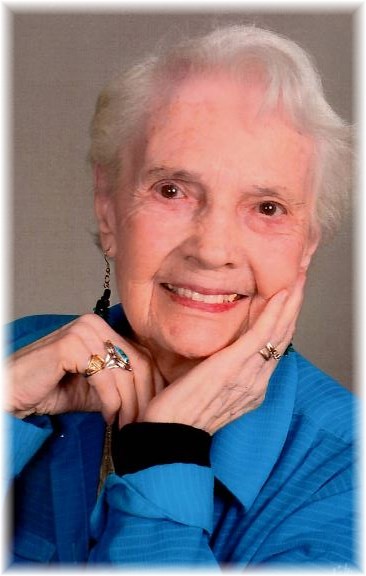 Louise Hazel Franks Wiley (age 95) peacefully went home to be with the Lord on November 10, 2020.

Louise was born to Loran Franks and Esther Lois Northrup Franks.  They lived on a farm near Viceroy, Saskatchewan, Canada.  The family left Canada when Louise was almost a year old and moved to several different places in Minnesota, before ultimately settling in St. Paul.  Louise became a U.S. Citizen in 1979 – she actually had dual citizenships in Canada and the U.S.  She was baptized in November of 1925 at the First Methodist Episcopal Church in Red Wing, MN by Louise’s maternal grandfather, Dr. Albert J. Northrup, who was the pastor. Louise was the third born of four children (Betty, Loren, and Esther).

Louise has always had an adventurous and independent spirit.  In 1943, at the age of 17, Louise boarded a train by herself and headed to California to work for North American Aviation in Inglewood, CA where she installed the lights in the wingtips of the B-25 bombers.  She was classified as a General Assembler C.  This was during World War II and she wanted to “help the boys.”  She was very proud of that experience, and was even featured on the front page of the Echo Press in June 2015 when Diane Sylte (cousin) arranged a road trip to Fargo, ND to the Air Museum where she was reunited with a B-25 bomber.  Because she worked on that type of aircraft they asked if she wanted to sign the B-25 bomb bay door – she was thrilled and did.  When dining out many times at Doolittles (restaurant), Louise would always point out the B-25 plane on the wall to the staff and educate them.

After working in CA for 1 ½ years, Louise returned by bus back to Minnesota to finish high school and then went to work for a dentist. Louise met the love of her life, David Dean Twedten Wiley while he was attending the University of Minnesota.  They were married on June 10, 1948, in St. Paul, MN, by Louise’s maternal grandfather, Dr. Albert J. Northrup.  Louise and David lived in Marshall, MN, Willmar, MN, and finally moved to Alexandria, MN in 1972.

In the early years of marriage, Louise worked several jobs, but once she had children she spent the majority of her time as a stay-at-home Mom and did child care.  Over the years, Louise was a den mother for Cub Scouts and also a Brownie and Girl Scout leader.  She won the Den Mother’s Award in 1962.  Louise regularly donated blood from 1950 – 2016 (approx. 30 gallons donated) because she was a universal blood donor (O-Rh negative), so she could give to anyone.  She was thrilled to save “blue” babies.

Louise could talk to complete strangers (she even “sold” the Willmar house in a line at the bank).  She was an avid reader.  She would let you know (or scold you) about things you should/shouldn’t do (take calcium pills and not cross your legs).  She loved genealogy and wrote, talked about, and researched it all the time.  She loved plants/flowers and shared her love of them with her grandchildren.  She was a fabulous baker of bread/rolls (cinnamon, brown, white, and Christmas) and taught many women (including grandchildren) how to bake.

Louise was very competitive!!  She and her husband loved to play cribbage together, even into their 90’s!  When Diane or Karen came to visit, Louise always wanted to play cribbage with them to see who would be the winner.  Upon winning, she had a triumphant look and said “let’s play again!” She was always trying to find someone to play with at Nelson Gables.  If you came to her home she would always tell you about her toaster that was a wedding present (still working to this day – 72 years).  Louise brought laughter to life and she would say to the grandchildren “Are we having fun yet?” and then laugh.  All of the children have the Wiley genes – thrifty and pragmatic!

Louise was active in Bethesda Lutheran Church, where she was a volunteer for the Sunshine Fund, putting together health kits, ladies bible study, singing in the choir, and a greeter for many years.  When Jeff and Nettie Gearman looked at joining Bethesda, Nettie told Louise that her mother had just died.  Louise said she would adopt her and become her second mom.  That was Louise.

From 1993 to 2008, Louise and David were winter-Texans, living in Donna, TX, where they enjoyed birding, building homes in Rio Bravo, MX; teaching English to members of the Hispanic community; and attending Mision Luterana San Pablo and later Love of Christ Lutheran Church in Weslaco, TX, where she sang in the choir.   Louise wrote Mision Luterana:  A Mission with a Mission with a Mission about their involvement with San Pablo and Cristo Reymissions.  She finished the story shortly before she died (with her daughter, Diane’s help).

After her husband died, Louise lived for five years at Nelson Gables, Alexandria, MN.  There she made new friendships with residents and staff.  The staff knew her history of working on planes and in approximately 2017 they arranged for her to fly in a Cessna, courtesy of “On His Wings” with 2 staff members from Nelson Gables – she even sat in the cockpit next to the pilot. When they landed, the pilot interviewed her. Louise had fun on the fishing outings and many times caught the biggest fish.  She really enjoyed the hugs she got from staff and they became part of her family.  During the last year of her life, Louise had such wonderful care by Hospice – they also were her family.

Louise was a loving, devoted wife, and an incredible mother. She leaves a legacy of loving and serving others and walking with the Lord.  She was preceded in death by her husband (David); parents; sisters (Betty and Esther); brother (Loren); and one step-grandchild (Scott Martin).

To order memorial trees or send flowers to the family in memory of Louise Wiley, please visit our flower store.