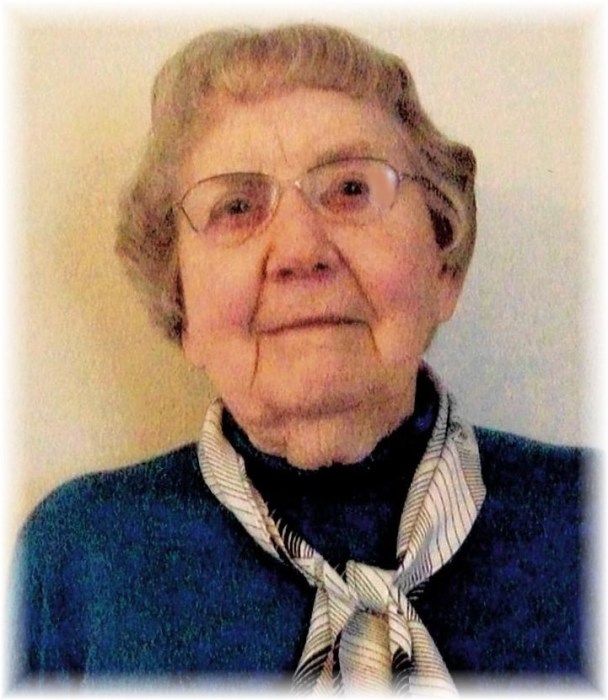 Luverne Marion Schaefer was born on September 3, 1922 in Winneshieck County near Cresco, Iowa, the daughter of Herbert and Fannie (Harmon) Schaefer.  She graduated from Cresco High School and then continued her schooling to receive a Bachelor of Arts from the University of Iowa in Cedar Falls and a Master of Science degree in Home Economics at Minnesota State University in Mankato, MN.  On June 3, 1945 she married the love of her life, James L. Adams in Sioux City, Iowa.  Luverne taught in several schools in Iowa and Minnesota, including Mankato West, St. Clair, MN, as well as at her alma mater, MSU in Mankato, MN.  She was a pioneer in Food Freezing, among the first to give demonstrations on freezing food for the International Harvester Company.  She was a long time member of the National and State Teacher’s Association and the Retired Educators.  Luverne was also a long time member of the United Methodist Church and was an active member, holding several offices both locally and at the district level.  She taught Sunday School wherever she lived and directed many youth groups.  When living in Alexandria, she was an active member of the Alexandria Zetetic Club and served two years as president.

Some hobbies Luverne enjoyed were cross country skiing, sewing, crafts and counted-cross stitching, quilting, traveling and collecting Swedish Dala Horses.  She was an avid reader all of her life, and a member of Mankato’s Great Books Club.

She will live on in the hearts of her two children, Michael J. (Roberta) Adams of Papillion, NE and Rev. Susan L. (Darrell) Adams-Trembath of Powell, WY; three grandsons, Devon (Caty), Colby and Austin (Morgan) Adams and step-grandson, John (Lianna) Trembath.  She is preceded in death by her parents, husband, James Adams, a brother, Orvine Schaefer and two sisters, Esther Linderbaum and Viola Platz.

Visitation will be held on Thursday, October 10 from 5 – 7 pm at the Roy-Hetland Funeral Home in Osakis, MN and one hour before the service at the church.

To order memorial trees or send flowers to the family in memory of Luverne Adams, please visit our flower store.