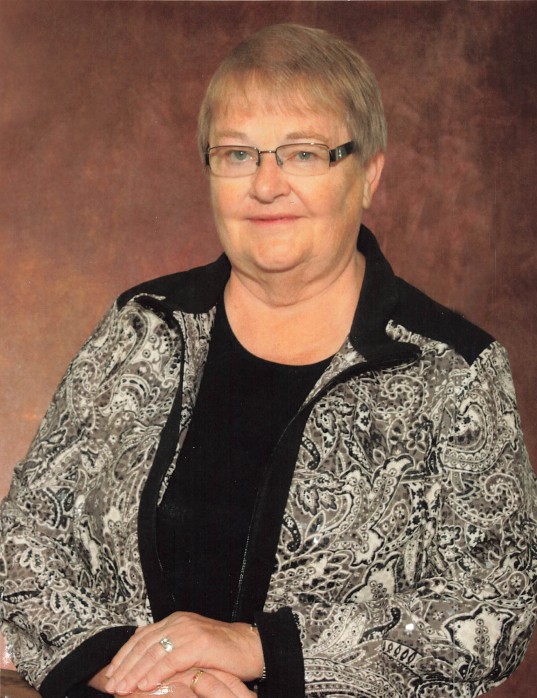 Lyla Jane (Tonn) Engfer was born on February 24, 1943, to Louie and Elva (LaFrenze) Tonn in Hendricks, Minnesota.  She was baptized in the Lutheran faith in Hendricks. When Lyla was an infant, the family moved to Osakis.  Lyla was confirmed at Redeemer Lutheran Church in Osakis.  She graduated from Osakis High School in 1960.  After graduation she moved to the cities and worked at an insurance company.

Lyla was united in marriage to Allen Engfer on May 18, 1968, at Osakis Lutheran Church.  The couple was blessed with two children Rick and Shelly.  Lyla worked as the City Clerk in Osakis for 36 years, retiring in 2004.  During this time, she enjoyed playing on the town softball team and bowling. She also enjoyed playing the organ and played many years at Redeemer Lutheran Church.

Lyla was very involved in her community and was a member of the Osakis VFW Auxiliary, co-founder of the Osakis Women’s Association, Osakis Heritage Committee, Osakis Senior Citizen Club, Osakis Country Club and co-founder and manager of the Greater Minnesota Children's Choir.  Most importantly she loved going to her grandchildren’s activities.

Lyla died on Tuesday, February 22, 2022, at Alomere Health in Alexandria at the age of 78. She is survived by her son, Rick Engfer of Osakis; daughter, Shelly (Scott) Triebenbach of Osakis; three grandchildren, Blake Engfer, Kadyn and Chase Triebenbach; brother, Donald “Tune” (Sharon) Tonn of Osakis; sisters-in-law, LaVonne Tonn of New London and Janice Trummer of Lake Andes, SD; and many nieces and nephews.  Lyla is preceded in death by her husband, Allen; parents, Louie and Elva; and brother, Henry “Hank” Tonn.

A live stream and recording of the service will be available 11:00 AM on Saturday, February 26, 2022, on the funeral home website.

To order memorial trees or send flowers to the family in memory of Lyla Engfer, please visit our flower store.
Open