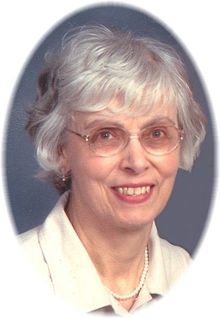 Martha Bailey, age 71 of Alexandria, passed away on Monday, Nov. 7, 2011 at her home in Alexandria, MN.
Martha June Hubbeling was born on June 9, 1940 in Spencer, Iowa to Fred and Gertrude (Firth) Hubbeling. She attended Silver Lake Consolidated School in Ayrshire, IA. After her graduation from high school, Martha attended the University of Minnesota. On December 28, 1968 Martha married Arthur Bailey. They lived on a farm near West Union, MN. Martha attended and then graduated from the Medical Secretary program at Alexandria Vocational Technical College. She worked for Dairyland Computers doing secretarial work and later in office administration for Beltone Hearing Aid Service. After Arthur retired from farming, the Bailey's lived south of Nelson, MN and later moved into a home in Alexandria. Martha was a member of the Grace Baptist Church in Alexandria, MN.
Martha had many interests, including a talent for gardening. She canned many quarts of produce from her garden harvest each year. She also loved listening to music, especially country gospel. Other activities she enjoyed included sewing, Bible reading, letter writing and playing cards with family and friends. She was a kind and loving wife, mother, grandma and sister who will be dearly missed by all who knew her.
She is survived by her husband of 42 years, Arthur Bailey of Alexandria; her children, Brian (Ericka) Bailey of San Diego, CA, Maya (Michael) Bailey Beach of Alexandria; 4 grandchildren, Stephen and Lindy Bailey, Elizabeth and Mary Beach; her siblings, John (JoAnn) Hubbeling of Ingram, TX and Mary Pecenka of Granger, IA; special caregiver, Mary Saxton of Garfield; many nieces and nephews.
She is preceded in death by her parents, a son, Douglas Bailey; brothers-in-law, Edward Pecenka, Haven Wiegers and Donald Bailey.
Funeral services for Martha were held on Friday, November 11, 2011 at 11:00 am at the Grace Baptist Church in Alexandria with Rev. Allen Travaille officiating. Musicians were Betty Selander and Ruth Peterson. Interment was at the Greenwood Cemetery in Sauk Centre, MN.
Arrangements were handled by the Roy-Hetland Funeral Home in Osakis, MN.

To order memorial trees or send flowers to the family in memory of Martha Bailey, please visit our flower store.