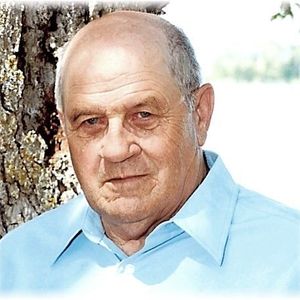 Maurice Sorenson, age 83 of Osakis, formerly of Crystal, MN passed away unexpectedly on Tuesday, February 27, 2018.
Born in Osakis, MN to Arthur and Clara (Ingvalson) Sorenson, Maurice came into the world on December 9, 1934 and was one of eleven children. He graduated from Osakis High School in 1953 and then hitchhiked his way to North Dakota and did farm work for a time before moving to Minneapolis and getting a job working for Pillsbury and later, United Dress Beef. On January 4, 1958 Maurice married Donna Mae Ness at the Immanuel Lutheran Church in NE Mpls, and shortly after was drafted into the U S Army. He was honorably discharged two years later in January of 1960 and returned home. They lived in Crystal, MN where Maurice worked as a machinist for World Aero Space. During his twenty-nine years there he was promoted to the role of supervisor and had over one hundred people working under him. He then was hired by Atscott of Pine City, MN and worked there for another eleven years until retiring back to Osakis in 1998 after the death of his wife, Donna. Maurice stayed busy doing custom baling each summer for area farmers as well as doing miscellaneous machine work.
Maurice was an avid sportsman. He loved to take hunting trips and also travelled twice to the Arctic Circle on fishing trips. He did bird hunting in Kansas and multiple elk and antelope hunts out West. He kept his aim accurate by doing target shooting in the off season. He was on many softball teams over the years and enjoyed bowling and ballroom dancing. Maurice was also a member of the Masons and enjoyed watching Westerns and political analysis shows on television. He was a caring and devoted father and brother who will be dearly missed by his family, neighbors and friends.
He will live on in the hearts of his children, Arthur Sorenson of Crystal and Linda Sorenson of Maple Grove; siblings, Duane (Jan) Sorenson of Sauk Centre, Ron (Ginny) Sorenson, Carmen (Cynthia) Sorenson and Roger (Phyllis) Sorenson, all of Osakis, Lorraine Buzik of St. Cloud, Clarice Sorenson of Fargo; brother-in-law, Robert Barthel and sisters-in-law, Arlene Sorenson, Edna Ness, Della Ness and Joyce Buntje; many nieces and nephews.
Maurice is preceded in death by his parents, his wife, Donna; a sister, Adelene Pynes and his brothers, Allan, Eugene and Kenneth Sorenson, a nephew, Brett Rutten and his niece, Cristy Rajdl.
Funeral services will be Saturday, March 3, 2018 at 11:00 am at the Salem Lutheran Church in rural Osakis with Rev. Steve Hilde officiating. Musicians are organist, Ione Johnson and soloist, Dana Hetland. Interment is at the church cemetery with honorary bearers being his brothers and sisters. Active casketbearers are his nephews, Cal, Mike and Todd Sorenson, Jeff Pynes, Mitch Herzog, Dan and Steve Ness. Military honors are provided by the Osakis VFW Post #7902 Honor Guard.
Our family would also like to extend many thanks to the staff members at Knute-Nelson who so lovingly helped with Maurice's care, especially his long-term care provider, Brenda. We appreciate all of your kind support.
Arrangements are with the Roy-Hetland Funeral Home in Osakis, MN.

To order memorial trees or send flowers to the family in memory of Maurice Sorenson, please visit our flower store.