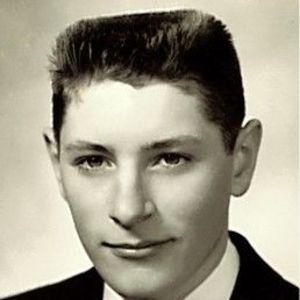 LIFE HISTORY FOR MELVIN WINK
Melvin Wink, age 75 of Osakis died on Monday, November 6th, 2017 after a courageous 3-year battle with colon cancer.
Melvin was born in Martin County on April 14, 1942 to Henry and Gertrude (Klindt) Wink. He grew up with his siblings on a farm on the shore of Fox Lake near Sherburn. As the middle child, he was the little brother to his two brothers, and the big brother to his two sisters. His Dad shared his love of farming, hunting and fishing with his boys, and Melvin decided early in life he would one day own a farm. Melvin graduated from Sherburn High School in 1960 and then joined the U S Army. While he was serving his country, Melvin's dad searched to find the "right" farm to buy. It had to have good soil and be located on a lake. He finally found that farm on a small lake near Osakis. When Melvin returned from the Army, he fell in love with that farm and the lake it was on and when his dad retired, Melvin bought the farm from him. Melvin spent over 50 years farming with his brother, Larry, who had purchased the next farm down the road. Melvin loved to go deer hunting on the farm, and in the past, the lake was the perfect place to hunt geese and ducks, and trap minnows to take fishing on nearby lakes. Melvin always had a dog, and one of his favorite things was taking his dog for a walk down by the lake and checking to see what wildlife was down there. Melvin never married, but he loved kids and enjoyed being a part of his nephews' and nieces', and grand-nephews' and grand-nieces' lives. He was diagnosed with colon cancer early in December of 2014 and had his first surgery a couple of weeks later. He did his best to recover from that surgery, but 6 months later, his cancer was back and he had a second surgery. Through these difficult recoveries he did his best to remain positive. In June of this year, his cancer was back and had spread so the doctors let him know they could do nothing for him. In August, he lost his ability to walk and was moved to Galeon for round the clock care. His courage throughout this ordeal was admirable. He never got angry, he just tried to do the best he could with what he had left.
Melvin is survived by two brothers, Kermit and his wife Jean and their family from Brainerd; Larry and his wife, Wilma, of Osakis; two sisters, Leila Fischer and her husband, David, of Glenwood; Mary Wink of Osakis; many nieces and nephews.
Family services for Melvin will be held at a later date.
Arrangements by Roy-Hetland Funeral Home, Osakis, MN.

To order memorial trees or send flowers to the family in memory of Melvin Wink, please visit our flower store.