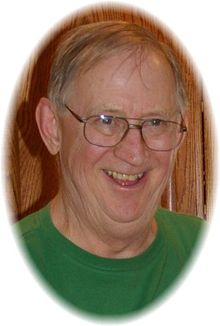 Merven Jensen, age 71 of Osakis passed away on Tuesday, March 16, 2010 at St. Michael's Hospital in Sauk Centre, MN.
Merven Leroy Jensen was born to Chris and Ethel Grace (Cuppy) Jensen in Defiance, Iowa on May 13, 1938. He moved with his family to Osakis, MN and graduated in 1955 from Osakis High School. He served his country for 4 years in the Air Force before returning to Minnesota and receiving his bachelor's degree in Accounting from Mankato State. On April 28, 1962 Merv married Judy Olson in Osakis, MN. Merv worked for various firms in the Twin Cities area as an accountant. For the last nineteen years of his career, he was employed by KARE 11 News, retiring as vice president of finance on December 31, 1998. Merv and Judy built a home near Guernsey Lake in rural Osakis to which they moved in September of 2005. Merv was a member of the United Methodist Church in Osakis.
Merv loved his Waverly, MN hobby farm and being able to work outdoors in his garden and take his beloved border collie, Casey for walks. He was a John Deere enthusiast who also found time to get out fishing and do some traveling. Cheering on the Iowa Hawkeyes was a favorite activity, as was sitting down with a good Western novel on a cold winter night. Merv was happiest however, when he was spending time with his family, especially his grandchildren and greatgrandchildren. Blessed be his memory.
He is survived by his wife of 47 years, Judy of Osakis; a daughter, Christy (Tim) Geldert of Brooklyn Center; a son-in-law, Joe Zabel of Howard Lake; 3 grandchildren, Katie (Justin) Marquardt, Heather Zabel, and Kevin Zabel; 2 greatgrandchildren, Matthew Diers and Madison Kimberley Marquardt; a sister, Evelyn Jensen of Alexandria.
He is preceded in death by his parents, a daughter Kim Zabel, granddaughter Amanda Zabel and his brother Vic Jensen.
Funeral services will be held on Saturday, March 20, 2010 at 11:00 am at the United Methodist Church in Osakis with Rev. Alan Bolte officiating. Musicians are soloist, Anna Pastian and organist, Janet Sampson. Honorary bearers are George Mead, John Norlinger, Ron Larsen, Jill Altmeyer, Marcia Jopp, Helen Besst Byrkit, Tim Youngren and Ron Uter. Honor guard is provided by the VFW Post #7902 of Osakis, MN.
Arrangements were handled by the Roy-Hetland Funeral Home, Osakis.

To order memorial trees or send flowers to the family in memory of Merven Jensen, please visit our flower store.