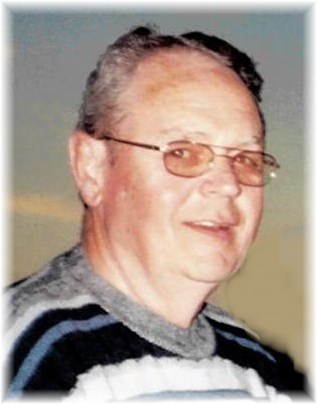 Michael Ellefson, age 76 of Osakis passed away unexpectedly on Wednesday evening, July 10, 2019 at the Alomere Health in Alexandria, MN.

Michael Bradley Ellefson was born on September 9, 1942 in Granite Falls, MN to Marvin and Yetive (Zimmerman) Ellefson.  He was one of four children, three boys and one girl.  He graduated from school and took a job as a meat cutter working for Blue Ribbon Meat.  He served his country, first with the U S Navy and then in the Army, being honorably discharged in 1965.  On February 8, 1964 Michael was united in marriage to Carol Fink at St. Michael Catholic Church in Stillwater, MN.  Michael again worked as a meat cutter for Blue Ribbon.  They had two children and Michael worked many long hours providing for his family.  He was a member of the Minneapolis Meat Cutters Union # 653.  He later worked the meat department at Rainbow Foods in North Town for many years and after relocating to live in Osakis, Michael worked at Elden’s Fresh Foods in Alexandria, MN, retiring just a couple of years ago.

Michael loved the outdoors and enjoyed fishing and hunting.  They Ellefson’s loved to get up to their cabin in northern MN near Palisades and take in the quiet and beauty of nature.  Many trophy walleyes and sunfish were caught over the years.  Michael loved to mow lawn and kept everything around the yard looking just right.  Manning the grill and cooking special meals also brought him pleasure, as he certainly knew the best ways to fix any type of meat.  He liked to joke around with friends and have a good time.  He was happy taking rides around the area (especially if they were checking out various car lots and the latest models), as long as he was sure to be back home in time for happy hour and supper time.

Michael was a caring and loving husband, father, grandpa and brother who will be dearly missed by his family, neighbors and friends.

He will live on in the hearts of his wife, Carol Ellefson of Osakis, MN; a son and daughter-in-law, Michael & Pamela Ellefson of Osakis; a daughter and son-in-law, Ginger & Dave Sempel of Pine City; two grandchildren; a brother, David Ellefson of Maynard, MN.  He is preceded in death by his parents, a brother, John Ellefson and a sister, Mary Anderson.

Funeral services will be held for Michael on Monday, July 15, 2019 at 2:00 pm at the Osakis Lutheran Church in Osakis with Rev. Rich Fitzer officiating.   A gathering time begins at the church for family and friends at 1:00 pm.  Interment is at the Calvary Cemetery in Osakis with military honors provided by the Osakis VFW Post #7902 and the MN National Honor Guard.  Casket bearers are Michael, Scott and Jeffrey Ellefson, Ginger and Dave Sempel, Lisa Anderson-Peterson.

Arrangements were by the Roy-Hetland Funeral Home, Osakis, MN. www.royhetland.com

To order memorial trees or send flowers to the family in memory of Michael Ellefson, please visit our flower store.