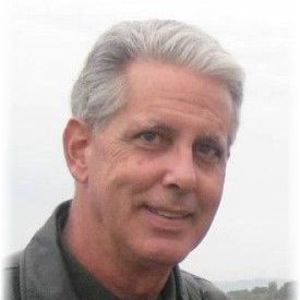 SERVICES FOR MIKE STAPLES
Michael 'Mike' J. Staples, age 64 of Alexandria passed away unexpectedly on Thursday afternoon, October 6, 2016 at his home in Alexandria, MN. Funeral services will be held on Wednesday, October 12, 2016 at 11:00 am at the Calvary Lutheran Church in Alexandria, MN. Visitation hours will begin on Tuesday, October 11 from 4 - 8 pm also at Calvary Lutheran Church and one hour prior to the service on Wednesday.
LIFE HISTORY
Michael Joseph was born on December 10, 1951 to Robert and Lillian (Frese) Staples in Minneapolis, MN. He was the third of seven children. Mike graduated in 1969 from DeLaSalle High School in Minneapolis. He enrolled in the University of MN Mortuary Science program and after receiving his degree he began working as a funeral director for Bodelson Funeral Home in Red Wing, MN. Mike married Elizabeth 'Liz' O'Rourke on December 15, 1972 at Annunciation Catholic Church in Minneapolis. When the opportunity arose to follow in his father's footsteps, he joined the Aurora Casket Company sales team and was based out of Omaha, NE. In 1980, Mike and Liz returned to Minnesota and Mike was hired as a sales representative for the Chandler-Wilbert Vault Company, which later became the Brown-Wilbert Vault Company. Mike finished his sales career with Artco Casket Co. of Minneapolis, retiring in 2009. He was a former member of the Minnesota Funeral Directors Association (MFDA) and helped organize and run the Minnesota Funeral Supply Salesman's Association (MNFSSA). He was a fantastic conversationalist and made friends with ease. With his quick wit and ready smile, the MFDA convention exhibit hall was brought to life when Mike was working the booth. He was truly an ambassador for funeral service throughout the Midwest during his years in the profession.
Mike excelled in his profession, however his family came first when it came to his passion. His focus was on his wife, children, and siblings; he supported them through all activities, as well as major life decisions. He was his children's number one sports fan and was active as a Cub Scout Master and as a Babe Ruth Baseball coach. His height made him an intimidating foe on the basketball court, but his competitive spirit inspired others to love the game as he did. Mike faithfully followed all the professional sports teams, was very well-read, and had a natural curiosity for how things worked. He loved to tinker in his garage on various projects and was a 'tech guru' when it came to electronics. Mike tackled any home-improvement project, whether in Alexandria, Minneapolis, New York, Chicago, or Morgantown. His grandchildren meant the world to Mike. He was young at heart, and his free spirit shone through when he played with them. His family and grandkids brought him tremendous pride and pleasure.
Left to mourn his passing is his wife of 43 years, Liz Staples of Alexandria; children, Chris (Kate) Staples of Morgantown, WV, Jen (Will) Compaore of Seattle, WA, Steph Staples of New York, NY, Ben (Beth) Staples of Alexandria; 7 grandchildren, Will, Lilly, Henry Staples, Clovis Compaore, Aidan, Caleb and Emily Staples; siblings, John (Kate) Staples of Minneapolis, Donna (Jon) Layman of Herman, MO, Sharon (Ed) Hohertz of Mankato, Mary Kay (Lyle) Hanna of Eden Prairie, Kathy (Scott) LaRose of Eagan, Bob (Jane) Staples of Eden Prairie; many nieces and nephews.
He is preceded in death by his parents, Bob and Lillian Staples.

To order memorial trees or send flowers to the family in memory of Michael Staples, please visit our flower store.