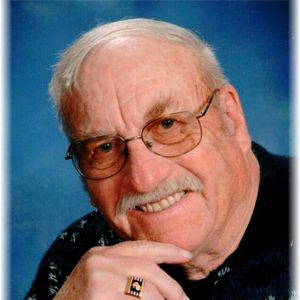 
Milton Cecil Zarbok was born in rural Forade, MN on September 16, 1933 to parents, Edwin Zarbok and Gladys (Alm) Zarbok. He was baptized into the Lutheran faith on August 5, 1934. Milton died on November 30, 2014 at the age of 81 years at his home in Villard, MN.
Milton enlisted in the United States Marine Corps in February of 1951and served his country during the Korean Conflict in 1953. He was honorably discharged in 1954. Milton married Rhoda Roddy in December of 1953 and to this union six children were born. On May 16, 1981 he married Patricia Meyer in Nashua, Iowa. Milton worked at a variety of jobs, including his first job out of the military working at a creamery in Sedan, MN for Les and Marge Strecker. Then he managed a truck stop near Glenwood, MN before finding a 30 year career as an auto hauler. He and wife, Trish (Patricia) moved to the Villard area in 1996 before his retirement in 1997. He was a member of St. John's Lutheran Church in Villard, a twenty-seven year member of the International Brotherhood of Teamsters and a life member of both the Villard American Legion Post 175 and the Osakis VFW Post #7902. He was also proud to belong to the Marine Corps League.
Milton enjoyed hunting, fishing, gardening telling stories, playing cribbage and proclaiming, "I'll decide!"
Milton is survived by his children, Audrey (Robert) Wiley of Hilliard, FL, Greg Zarbok of Villard, Daniel Zarbok of Littleton, CO, Laura (Wolfgang) Gerdes of Alexandria, Brenda (Rich) Schrodetzki of Thousand Oaks, CA and Sharon Pedersen of Osakis; stepchildren, Terry (Vanessa) Sabelko, Barbara (Jeremy) Beddle, Susan Sabelko and Tony (Kim) Sabelko; 20 grandchildren, numerous great grandchildren; sister, Fay (George) Hoium of Alexandria and brother, Larry Zarbok of Osakis and many nieces and nephews.
He is preceded in death by his parents, wife, Rhoda in 1984, wife, Patricia 'Trish' in 2010, grandson, Justin Gerdes, great grandson, Dylan Miller, brother, Kertis Zarbok, Sr.
Funeral services for Milton were held on Friday, Dec. 5, 2014 at 11:00 am at St. John's Lutheran in Villard with Rev. Philip Beyersdorf officiating. Musicians were Joyce Volkmann and Rich Schrodetzki. Interment is at the Lake Amelia Cemetery in Villard with pallbearers, Wolf Gerdes, Rich Schrodetzki, Mitch Zarbok, Ted and Jon Reichmann and Dawn Torkelson. Military honors were provided by the Villard American Legion Post #175.
Arrangements are being handled by the Roy-Hetland Funeral Home in Osakis, MN.

To order memorial trees or send flowers to the family in memory of Milton Zarbok, please visit our flower store.