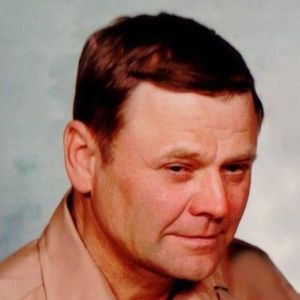 LIFE HISTORY FOR NATYN ANDERSON
Natyn Anderson, age 89 of Osakis passed away on Sunday, February 1, 2015 at the Douglas County Hospital in Alexandria, MN.
Natyn Herbert Anderson was born on August 8, 1925 in Osakis Township, Douglas County, MN to Herbert and Elizabeth (Felty) Anderson. He was raised on the family farm and attended Osakis High School, graduating with the Class of 1943. Natyn was a member of the 1939-40 OHS wrestling team and later enjoyed playing on the Orange Tigers softball team. On April 30, 1949 Natyn married the love of his life, Lucille VanWie in South Dakota. They returned to farm in Douglas County, milking dairy cows and raising hogs, sheep, chickens, ducks and geese. Natyn loved farm life and sharing that with his wife, Lucille. They spent many wonderful years together creating a home, running a farm and raising three children.
Natyn was a member and secretary of the Nelson Livestock Shipping Association, the Nelson's Men's Club, the Masonic Lodge (for over 50 years) and served as a member and Vice President of the Nelson Creamery Board. He also volunteered his time as a school board member for District 450 (known as the Two-Mile Schoolhouse.) In his retirement years, Natyn belonged to the Osakis Senior Center.
In his spare time, Natyn liked to hunt, spending many winter afternoons fox-hunting with the Kral boys. He was also an avid deer hunter and shooter. He enjoyed playing baseball and softball on neighborhood teams and was an active supporter of his son's athletic careers in wrestling and football. He also enjoyed playing cards, going to old-time dances and going bowling.
Natyn is survived by his three children, Herbert (Gloria) Anderson of New Ulm, MN, Roslyn Anderson of Minneapolis, MN and Gary (Sally) Anderson of Kansas City, MO; 6 grandchildren, Stephanie (Shawn) Davis, Korin, Tomika, Malia, Eli and Isak Anderson; two great grandchildren, Tyler and Austin Davis.
He is preceded in death by his parents, his wife, Lucille (in 2009) and a sister, Neoma Anderson.
A gathering for Natyn will be held on Wednesday afternoon, February 4, 2015 from 2:00 - 4:00 pm at the Lillian Building in Osakis, MN.
Arrangements are being handled by the Roy-Hetland Funeral Home in Osakis, MN.

To order memorial trees or send flowers to the family in memory of Natyn Anderson, please visit our flower store.