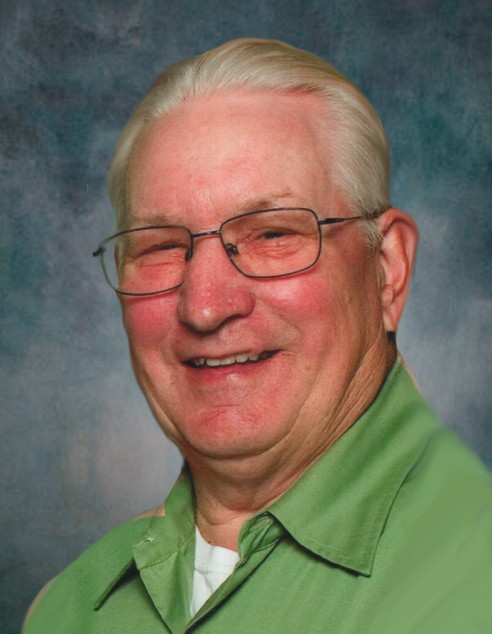 Newton Warren Earl Jr was born on January 3, 1948, in Sioux Falls, South Dakota to Newton and Laura (Duin) Earl.  He graduated from Eagle Bend High School in 1966 and attended Staples Technical School.  Newt was drafted and served in the U.S. Navy for 4 years during the Vietnam War.  He was a door gunner in the Seawolves Helicopter Attack Light Squadron (HAL-3).

On June 6, 1970, Newt was united in marriage to Virginia “Ginny” Mostad at Sauk Valley Lutheran Church in rural Osakis.  The couple lived at the San Jose Naval Base in California, where they started their family.  They returned to Osakis after being honorably discharged.  The couple was blessed with 5 children.  Newt worked for Shrode Equipment and later at the Glenwood Fertilizer Loading Plant.  He started farming with his father-in-law, Robert Mostad and brother-in-law, Dennis Mostad.  Newt and Ginny later purchased the farm they have been living on for 50 years.  He was a pilot for many years working for Alexandria Aviation.

Newt loved music, playing guitar, singing and was active with the Gordon Men’s Choir and sang in a quartet.  He served as the Orange Township Treasurer for many years.  Newt loved to be in his shop staying busy with all kinds of repairs and enjoyed helping his neighbors and friends with their fix-it projects.  Most importantly he loved spending time with his family and friends.  Many memories were made around the kitchen table at the lake or around the campfire in the backyard or camping with family and friends.  In 2020, Newt was inducted into the U.S, Navy Combat Aircrew on the ship Yorktown stationed in Charleston, SC.

Newt died on Wednesday, January 12, 2022, at this home at the age of 74.  He is survived by his wife of 51 years, Ginny; children, Audray (Steve) Maxwell of West Fargo, ND, Glenn (Glenda) Earl of Underwood, ND, Michael (Melissa) of Rowlins, WY, Kenneth (Sue) Earl of Alexandria, and Kristie (Herb) Holmes of Phoenix, AZ; 13 grandchildren and 5 great-grandchildren; sister, Gloria (Marlin) Hadden of Borup, MN and Carol Swanson of Walnut Grove, MN; and many nieces and nephews.  He is preceded in death by his parents, Newton and Laura; and brother, Leslie Earl.

A Funeral Service will be held 11:00 AM on Saturday, January 22, 2022, at Sauk Valley Lutheran Church in rural Osakis.  Visitation will be held for one hour prior to the service at the church.  Military Honors will be provided by the Osakis VFW Post 7902 and the U.S. Navy Honor Guard.

A live stream and recording of the service will be available 11:00 AM on Saturday, January 22, 2022, on the funeral home website.  To protect the safety of all, masks are recommended.

To order memorial trees or send flowers to the family in memory of Newton Earl Jr., please visit our flower store.
Open