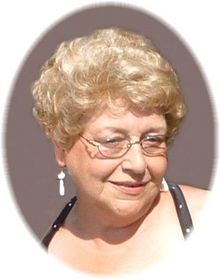 Norma Rosecrans, age 75 of Osakis, formerly of Crystal, MN, passed away on November 1, 2013 at the Community Memorial Home in Osakis where she was a resident.
Norma Lois Iverson was born on March 22, 1938 in Minneapolis, MN to Robert and Louise (Korf) Iverson. She attended and graduated from Anoka High School in 1956. A year later she married Richard S. Rosecrans. They lived in the Twin Cities and Norma began working as a personal banker, first with Northwest Bank and later for Wells Fargo Bank. She retired in 1991 and moved to Osakis in 1992 to live with and care for her mother. She moved into the Heritage Apartments and finally the Galeon complex for the past three years.
Norma had many different hobbies and interests. She loved her family and enjoyed any activities involving big family get-togethers. She was a very devoted auntie to her nieces and nephews and loved summer times at the lake. Norma loved to travel, taking her first airplane ride all the way to Rome, Italy. While working at the bank, Norma organized many volunteer activities for her community. She was also an animal lover, who especially doted on her dog "Nubbins." She spent many evenings working on various embroidery projects to give as gifts to her family and friends. While able, Norma was also an active member of the Osakis Senior Center.
Norma is survived by her sons, Michael (Teri) Rosecrans of Prior Lake and Richard (Krista) Rosecrans of Denver, IA; 3 grandchildren, Lauren Ensley, Katherine and Myia Rosecrans; a great grandson, Alexander Rosecrans; siblings, JoAnn Jones of New Hope, Doris Meyers-Thompson of Brooklyn Center, Marilynn (Earl) Williams of Elk River, Bruce (Jim Garza) Iverson of St. Louis Park, Roger (Carla) Iverson of Robbinsdale; a sister-in-law, Lois Iverson of Pequot Lakes; many nieces and nephews.
She is preceded in death by her parents, brothers, Robert and Lionell; a 'sister-at-heart' Marilyn McNutt.
A memorial service will be held on Friday, Nov. 8 at 2:30 PM at the Terrace Heights Chapel in the Community Memorial Home in Osakis, MN. A second service will be held Sat., Nov. 9 at 4 PM at the Glen Haven Chapel, 5125 W. Broadway, Crystal, MN.
Arrangements by the Roy-Hetland Funeral Home.

To order memorial trees or send flowers to the family in memory of Norma Rosecrans, please visit our flower store.