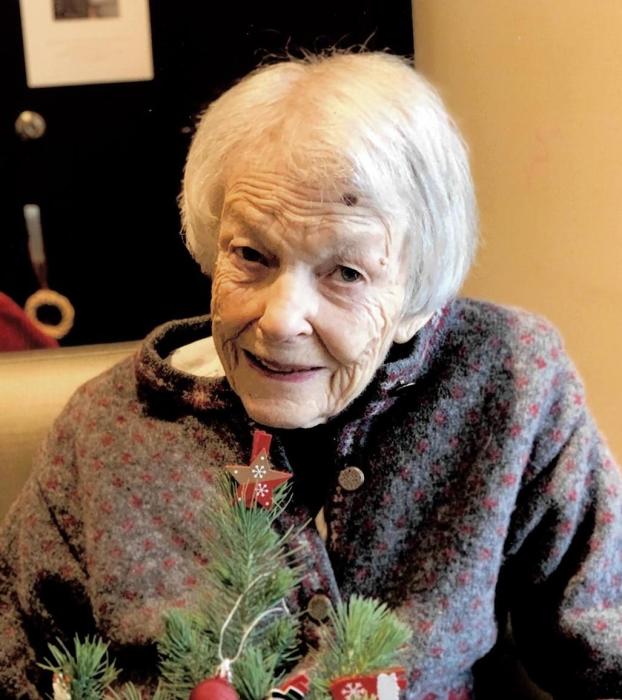 Funeral services will be held on Saturday, January 18th at 11:00 a.m. at Osakis Lutheran Church, 310 E. 1st Ave., Osakis, MN 56360.  Visitation will be one hour prior to the service with a reception to follow.  Internment will be at Crow River Lutheran Cemetery in rural Belgrade, Minnesota.  In lieu of flowers, the family suggests memorials to Osakis Lutheran Church or Concordia College, Moorhead, MN.

Norma Maxine (Grant) Tolo, 91, a loving Mother, Grandmother, Great Grandmother, Sister, Aunt, Wife, Daughter, Care Giver, and Friend passed away peacefully on Wednesday morning , January 8th, 2020 in Issaquah,  WA.  Norma was born on February 22, 1928 just minutes before her twin brother, Norman, to Mr. and Mrs. Hjalmer C. Grant in Austin, MN.  Norma was baptized May 6, 1928 at Red Oak Grove Lutheran Church. She spent the majority of her childhood growing up on the Grant farm just outside of Osakis, MN. Norma was confirmed May 24, 1942 at Osakis Lutheran Church.  She attended country school and Osakis High School.  Norma went to Concordia College in Moorhead, MN.  She graduated from Fairview School of Nursing (1950) in Minneapolis, MN - Registered Nurse (1950) Concordia College, BA, Moorhead, MN (1951). While at Concordia she met and married Norman L. Tolo of Fertile, MN on November 24, 1951 at First Lutheran Church in Alexandria, MN.

Norma continued her education at Kansas University in Lawrence KS receiving a Masters of Nursing Degree (1988).  She taught Nursing for over 30 years, from Fairview Hospital in Minneapolis to Missouri Western State University and Methodist Hospital, both in St. Joseph, MO. Norma was also a Clinical Specialist in Oncology at Methodist Hospital before retiring in 1992.  Norma raised six children with her beloved husband, Norman in St. Joseph, MO where they lived for over 40 years.  She was active in her church, the PTA, and an avid walker and bird watcher from the age of six.  She enjoyed family time, camping, being outdoors in the fresh air, and researching family genealogy.  After Norm’s retirement, Norma and Norm split their time living on Lake Miltona, MN and in Fountain Hills, AZ.  After Norman’s passing, Norma moved to Timber Ridge Retirement Community in Issaquah, WA in the Fall of 2009 near her daughter, Martha and her family.

To order memorial trees or send flowers to the family in memory of Norma Tolo, please visit our flower store.