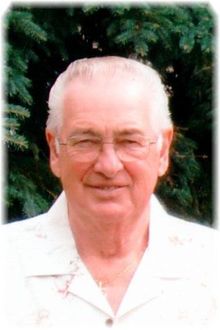 LIFE HISTORY FOR ORV JOHNSON
Orville Johnson, age 78 of Osakis passed away unexpectedly on Tuesday, Aug. 19, 2014 at his home in Osakis, MN.
Funeral services will be held on Friday, Aug. 22 at 11:00 am at the Roy-Hetland Funeral Home in Osakis with Rev. Tim Sutton officiating. Visitation begins at 10 am at the funeral home. Interment service is at 3 pm at the Cloverleaf Memorial Park Cemetery in Willmar.
On August 27, 1935 Clarence and Willmine (Heike) Johnson welcomed a baby boy into their family whom they named Orville Clarence. After graduating from Atwater High School, Orv worked for the Jenni-O turkey processing plant in Willmar where he met his sweetheart RuthAnn Swenson. On July 18, 1959 they were united in marriage. They moved to Maple Grove where Orv became the general manager for Twin City Monorail. Eventually, Orv opened his own business called Mid-America Metal Specialties. Over the years, Orv also worked for Ekola Engineering . The last 15 years before retirement he owned Johnson Installation.
Orv was a member of the MN Street Rod Association and loved to do car restorations in his spare time. He also belonged to Gold Wings of America and enjoyed many motorcycle trips with his friends. Orv was a man of many interests and as a young man he did some amateur boxing. He also liked to do archery, go hunting, fishing and snowmobiling. He also enjoyed organizing neighborhood parties. Music was another interest and Orv greatly enjoyed playing his accordion in a band for several years. After retiring Orv and Ruth Ann moved to Palm Harbor, Florida. In 2005 they moved into a home in Osakis where they could spend more time being with their family and grandkids.
Left to mourn his passing are his children, Valerie (Bruce) Arnott of Elk River, Bradley (Lisa Cochran) Johnson of Zimmerman, Angela (Brad) Gaulrapp of Otsego, Charlotte (Carl) Hirte of Osakis; 9 grandchildren; 2 great grandchildren; a special friend, Jo Thompson of Osakis; 2 brothers, Dewayne Johnson of S. Dakota and Marlin (Bonnie) Johnson of Coon Rapids; a sister, Janice (George) Knowlen of New London; brother and sister-in-laws, Verlin & Eileen Ellingson of Inver Grove Heights, Lynnette Swenson of Mankato, Birdie Swenson of Willmar; many nieces and nephews.
Preceding him in death are his parents, his wife, RuthAnn in 2010 and two brothers-in-law, Donald and Curtis Swenson.
Casketbearers are his grandchildren, James Arnott, Jennifer Thomas, Brianna, Aaron and Danielle Johnson, Stephanie and Gregory Gaulrapp, CJ and Nathan Hirte.
Arrangements by the Roy-Hetland Funeral Home in Osakis, MN.

To order memorial trees or send flowers to the family in memory of Orville Johnson, please visit our flower store.