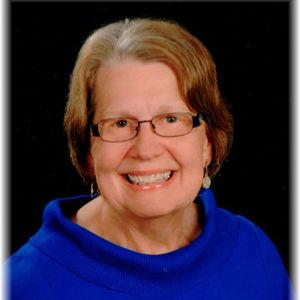 Patricia Thimmesh, age 71 of Alexandria, formerly of Osakis passed away on Friday, Feb. 19 at her home in Alexandria. Funeral services will be held on Wednesday, Feb. 24 at 11:00 am at St. Mary's Catholic Church in Alexandria. Interment is at Calvary Cemetery in Osakis. Visitation hours are from 4 - 8 pm on Tuesday evening at the Roy-Hetland Funeral Home in Osakis and also at the church one hour prior to the service. Parish prayers are Tuesday at 4 pm at the Roy-Hetland Funeral Home in Osakis, MN.
Life History for Pat Thimmesh
Patricia Ann Hanson was born on October 24, 1944 in Robbinsdale, MN to Rodney, Sr. and Gertrude (Bunting) Hanson. She grew up living on Penn and Broadway until 1950 when they moved to a home in Brooklyn Center. Pat attended Osseo High School and graduated with the class of 1962. She married Thomas Thimmesh on June 20, 1964 in Anoka, MN. They lived there until 1973 when they moved back to the Thimmesh family homestead in rural Osakis. They raised three daughters, Angela, Pamela and Paula. In 1979 Pat attended Alexandria Technical College in their Dietary Management program. Upon completion of the course, Pat was immediately hired by the College and became a cook in the Food Service department until her retirement in 2010. She also volunteered as a cook at Geneva Bible camp. Tom and Pat were married for 43 years, until he was called home to the Lord in 2007. In 2009, Pat moved to Alexandria. Once retired, Pat was finally able to do some traveling, such as to Mackinaw Island and Washington, D.C., but more importantly she now had the time to do the volunteer work she especially enjoyed. She helped as a volunteer at Love, Inc. in Alexandria and at St. Mary's parish as a Greeter and with parish life, such as Bible studies. She so appreciated all of the many kind and caring people she met. In 2014, Pat was diagnosed with breast cancer. Despite treatment, by 2015 it had spread to her lung and kidney. Her courage and warm smile softened many hearts and she will be dearly missed by her family and the many lives she touched. Blessed be her memory.

To order memorial trees or send flowers to the family in memory of Patricia Thimmesh, please visit our flower store.