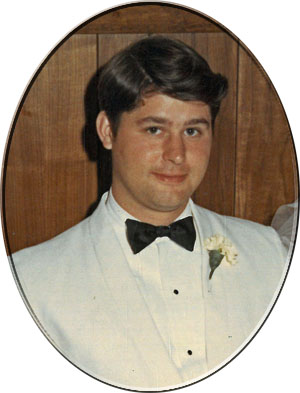 Born in Chicago, Illinois, the oldest of Roy and Mary (nee Casey) Hjelm’s three children, Peter spent a portion of his early years on first the north side of the city and then the south side.

After graduating from high school, Peter entered seminary for the priesthood. It was at that time that he met a sweet young lady named Lauren Lotak through her brother, who was in seminary with Peter. Sensing that God was leading him in a different direction, Peter left seminary and began attending DePaul University in Chicago. After earning his Bachelor’s degree, he decided that he wanted to study law. He was accepted to Kent Law School in Chicago. During the next two years Peter studied law while simultaneously working for an insurance agency for livelihood and to pay tuition bills. You may be wondering what happened to that sweet young lady, Lauren. Well, Peter asked her out and, their first date was to Riverview Amusement Park in Illinois. As their relationship grew, they had a mutual sense that God’s will was for them to spend their lives together. They married on Saturday, July 17, 1971 at the Catholic Church in Oak Lawn, Illinois and, after a magic honeymoon to Mexico in the city of Acapulco, where they stayed at the beautiful Hotel Las Brisas, they returned home and started married life together in a house on the north side of Chicago, right across the street from Lake Michigan. It was a great place to live as they both loved daily runs or walks along the beach. On one particular walk in the frigid cold of winter, catastrophe almost struck. As they stood together on a frozen berm of ice and snow that overlapped the water, it suddenly collapsed underneath, plunging both Peter and Lauren into the icy cold depths of the lake. Lauren was able to grab onto the floating block of ice that they had just been standing on, but Peter went under. Fortunately, Lauren was able to reach out and take Peter’s hand and pull him to safety. They emerged from the water and ran home to the warmth of their home and gave thanks to God for putting his protective arm around them.

Peter finished law school but chose to stay working for the insurance company where he was presently employed. Soon after marriage, his company relocated to California and Peter and Lauren chose to follow. They moved for a couple of years to Santa Monica in a home two blocks from the ocean. Eventually, they transferred to the company’s New York City affiliate and bought a home in Little Falls. When the company split, Peter seized the opportunity to purchase a portion of it. He named his new business American Agent and Brokers and set up his office in New York City near South Street Seaport. With his wife Lauren working alongside him, Peter sold all types of insurance but specialized mainly in property and casualty policies. Never retiring, Peter loved his career and worked really hard at it. Meanwhile, in 1988, he and Lauren sold their home in Little Falls and moved permanently to the Packanack Lake section of Wayne.

While work was a great sense of joy and satisfaction in his life, Peter had other interests as well. In his twenties, he got the itch to take to the sky so he enrolled in flight school. Eventually, he was given the opportunity to fly solo and on his second solo flight he invited Lauren to join him but, feeling safer with two feet planted firmly on the ground, she graciously turned down his offer. When it was a professional pilot manning the cockpit, Lauren would join Peter and, over the course of their lives together, the two of them enjoyed wonder flights to all kinds of beautiful destinations. For their first wedding anniversary, they returned to their honeymoon destination of Acapulco. This time both of their parents joined them and the six of them had a blast. Their parents also joined them on cruises and also on a tour through Europe where they visited Scandinavia, Germany, Switzerland, Ireland, Holland and England. On quieter trips alone, Peter and Lauren enjoyed Barbados, Saint Maarten and Bermuda.

Peter and Lauren’s marriage was a great friendship. They did almost everything together. One year they decided to volunteer at the Wayne Animal Shelter. They loved it and it and the work gave Peter such a great sense of joy and satisfaction. When the township took over the shelter and volunteers were no longer needed, Peter and Lauren started Homeless Tails, Incorporated, a non-profit in which they organized and executed the rescue and fostering of dogs and cats to loving homes. Peter believed so much in this cause and gladly volunteered countless hours working the non-profit as well as the fundraisers to keep it operational. Over the years, it gave him great satisfaction knowing that he had rescued and placed literally hundreds of animals to loving owners.

A parishioner of St. Mary’s Church in Pompton Lakes, Peter’s faith was a literal fabric of his being. In many respects, it made him the man that he was – one that many described as the nicest man they ever met. Generous and caring to many persons whose life-path crossed with his, he humbly enjoyed the respect of family, friends, employees, and people in general.

Peter was the beloved husband of Lauren Hjelm (nee Lotak), blessed in marriage for 47 years. He was the loved brother of Anna Canty of Illinois and Roy and wife Debra Hjelm of New York City; and dear uncle and great uncle to numerous nieces, nephews, great-nieces and great-nephews. He was predeceased by his brother-in-law Robert Canty.

Friends may visit with the family at the Vander May Wayne Colonial Funeral Home, 567 Ratzer Road, Wayne, on Monday, March 25, 2019 from 4-8 PM.
Peter will be laid to rest at the Rose Hill Cemetery in Holmes City, Minnesota.

In lieu of flowers, those planning an expression of sympathy in Peter’s name are asked to consider the American Cancer Society, NJ Chapter, 7 Ridgedale Ave., Suite 103, Cedar Knolls, NJ 07927.

To order memorial trees or send flowers to the family in memory of Peter Hjelm, please visit our flower store.